Q13's Brandi Kruse on what Amazon's return could mean for a struggling downtown Seattle.

Amazon said Wednesday that it plans to give more than 500,000 of its workers a raise as it seeks to attract new workers.

The online shopping giant, which already pays new hires at least $15 an hour, said it will start increasing pay between 50 cents an hour to $3 an hour starting next month. 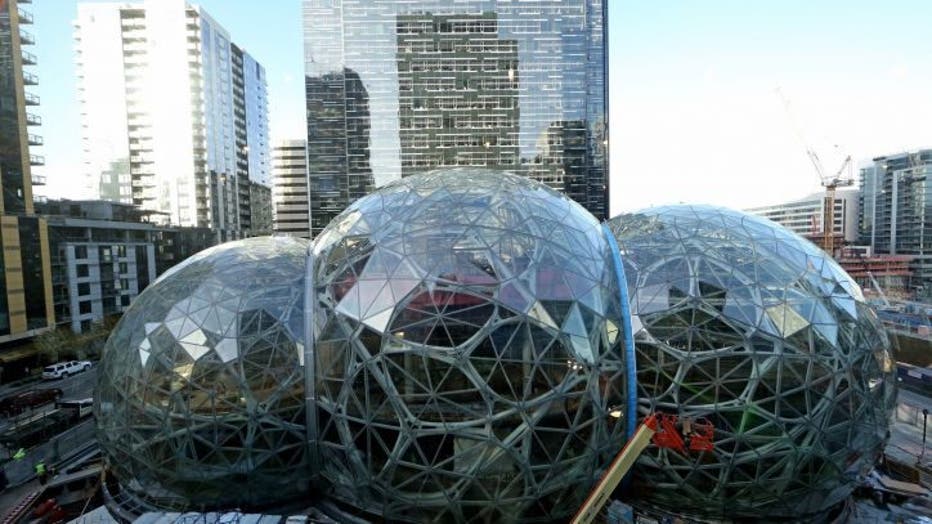 Those getting raises include warehouse workers, who pack and ship orders, as well as those who work in Amazon’s package sorting centers and other facilities.

Amazon said the pay raise is part of its push to hire more workers. The company has needed more people to get orders to shoppers during the pandemic as Americans increasingly shop online. It hired 500,000 people in 2020 alone, bringing its total workforce to nearly 1.3 million people worldwide.

The pay announcement also comes after a failed union push at a Alabama warehouse, which put a national spotlight on working conditions at Amazon. Pro-union workers and organizers in Alabama said they wanted better pay and more breaks in their 10-hour shifts.

Earlier this month, Amazon founder Jeff Bezos acknowledged in a shareholder letter that the company could to do better for its workers and said he didn’t take comfort in the outcome of the union election in Alabama.

Seattle-based Amazon is the second-largest private employer in the U.S. behind retail rival Walmart.