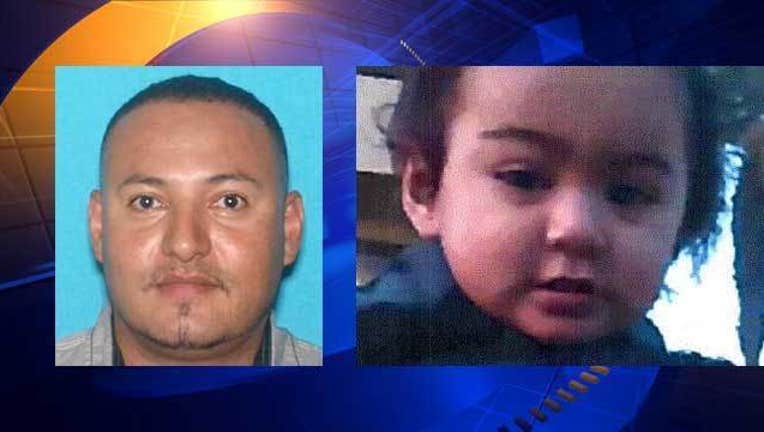 Monday morning at approximately 1:30 a.m., Jayden was taken from his residence in San Pedro following the attack by his father. Santiago-Enriquez went to the house where Jayden lives with his mother and her boyfriend and stabbed the boyfriend before fleeing the scene.

Santiago-Enriquez and the boy have not been seen or heard from since.

Jayden is a one-year-old Hispanic male, standing about two-feet tall, weighing 26 pounds with black hair and brown eyes. He was last seeing wearing a light brown and green sweater, green and brown striped onesie, and black and white Nike shoes.

The suspect has made suicidal threats and has attempted suicide in the past. Santiago-Enriquez was last seen driving a 2006 gray Nissan Altima bearing California license plate 5UCF010.