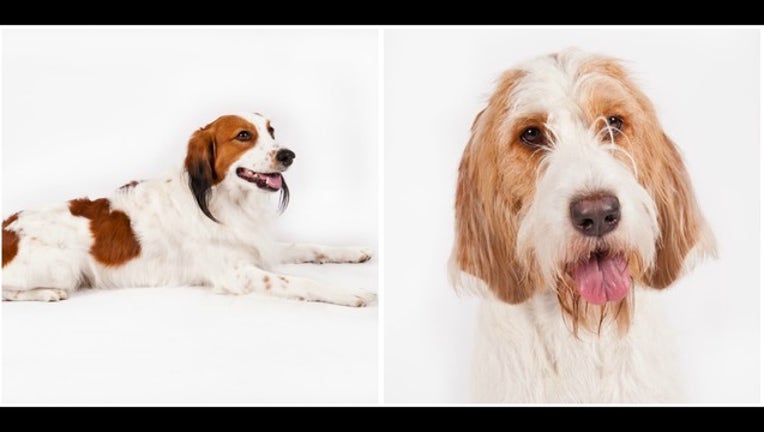 The club announced Wednesday they’re recognizing the Nederlandse kooikerhondje and the grand basset griffon Vendeen. It’s the first addition since 2016 and expands their roster to 192 breeds.

Each breed is now eligible to partake in numerous dog shows this year, though they cannot compete at the prestigious Westminster Kennel Club Dog Show until next year.

The Nederlandse kooikerhondje (prounounced NAY'-dehr-lahn-seh KOY'-kehr-hahnd-jeh) was bred hundreds of years ago in Holland. It’s a medium-sized, sporting-breed that routinely has a white coat with orange and red spots. They’re a spirited bunch that will keep you entertained.

"They're actually like a toddler that never grows up," said breeder D. Ann Knoop-Siderius. She said they are happy, sometimes naughty and "very playful" dogs."

Kooikerhondjes were trained to assist hunters with attracting ducks. And they nearly went extinct during World War II before efforts were made to bring them back. Now there’s roughly 7,000 worldwide and about 500 in the U.S.

The other newcomer is the grand basset griffon Vendeen (pronounced grahnd bah-SAY' grihf-FAHN' vahn-DAY'-ahn). They go by “GBGV” for short. It’s a French dog bred to hunt rabbit and hare. They’re a low-to-the-ground basset with European roots that stretch back centuries.

GBGVs are known for being speedy in the field and mellow in house.

“When they’re outside or chasing a scent they’re very active and very fast,” said Gina Dinardo with American Kennel Club. But their in-house activity is pretty laid-back until you ask them to do something.

To become a recognized breed with AKC – the nation’s oldest purebred dog registry – there must be must be at least 300 dogs spread throughout at least 20 countries. There also has to be a national breeding club made up of at least 100 members that are “dedicated to preserving, protecting and promoting the breed.”