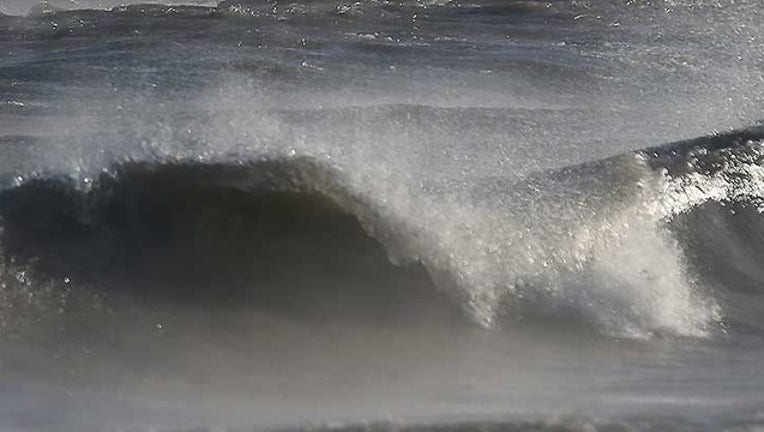 WESTPORT, Calif. (KTVU) – A Bay Area man has died while harvesting abalone off the rocky Mendocino coast line – the fourth fatality of the 2015 abalone season.

According to the Mendocino County Sheriff's Department, 52-year-old Joel Falcon from El Cerrito was diving along the coast near Westport with a friend on Tuesday.

After several hours, the tide grew more rapid and the waters turned treacherous. Both men were trapped in a cove bordered by a steep bluff by the surging tide and were growing cold in the frigid waters.

"The tide came in rapidly, trapping them," Mendocino sheriff's Capt. Greg Van Patten told the Santa Rosa Press Democrat. "They decided to wait it out ... until low tide. But they were wet and cold and decided to climb up the cliff."

During the climb up the 75-foot steep bluff, Falcon lost his footing and fell to the rocks below.

His friend climbed back down to shoreline and attempted to give Falcon CPR.

When ambulance crews arrived on the scene, Falcon could not be revived and was declared dead at the scene.

A coroner's investigation into the decedent's death was ongoing.

Just 11 days ago, three diving buddies died in the turbulent waters of Caspar Cove during an abalone harvesting trip.

Tae Won Oh, 49, of Dublin; Hyun Kook Shin, an Atlanta-area real estate broker; and Aaron Kim, 53, of Fort Lee, N.J. all died when they ran into trouble while diving. Two other friends were rescued.