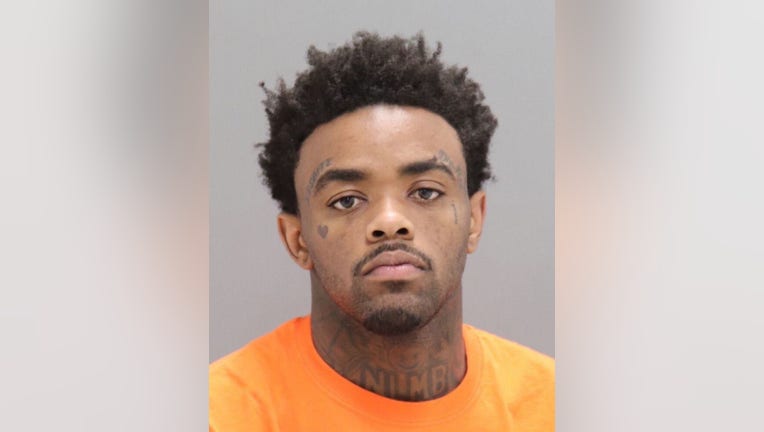 S - An armed robbery suspect found himself behind bars after allegedly committing multiple crimes across the Bay Area.

On Thursday at around 10:28 a.m. authorities were notified of an armed robbery that occurred at Crystal Springs Golf Course in unincorporated San Mateo County.

Authorities said two suspects robbed a victim at gunpoint using a Glock semiautomatic pistol with a high-capacity magazine. The suspects made off the victim's Rolex watch and wallet before fleeing in a silver Infiniti Sedan.

About one hour later, the same suspects committed another robbery in San Ramon, authorities said.

Not long after the second robbery, Alameda County Sheriff’s Deputies located the suspect vehicle in the Stoneridge Mall parking lot in Pleasanton.

Sheriff's deputies tried to make contact with the suspects who immediately fled on foot.

One of them got away, but deputies were able to apprehend 22-year-old Fajon Green of Oakland after he ran inside a Macy's department at the mall.

At the time of Green's arrest, he was in still possession of the Glock pistol and several Rolex watches.

Detectives with the San Mateo County Sheriff's Office later found out that Green and the second unidentified suspect also committed an armed robbery in San Mateo on Wednesday using the same firearm.

Green was later placed under arrest and booked at the San Mateo County Jail without incident.

The second suspect is still at large.