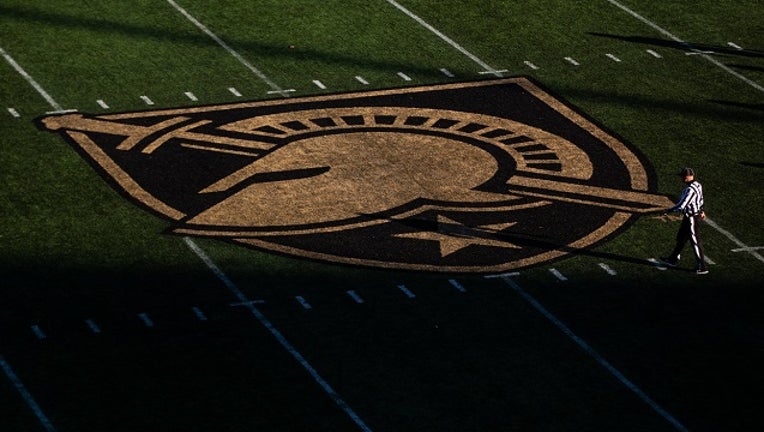 View of the the Army Black Knights logo at midfield in West Point, New York. ((Photo by Dustin Satloff/Getty Images))

WEST POINT, N.Y. (AP) - The United States Military Academy at West Point removed a motto from a spirit flag used by the school's football team because of its connection to hate groups.

The letters GFBD, which stand for "God Forgives, Brothers Don't," were emblazoned on a skull and crossbones flag the academy says had been used since the mid-1990s to emphasize teamwork, loyalty and toughness.

The administration at the academy was made aware that the phrase also is associated with extremist groups. The change was made in early September after an internal investigation.

"The U.S. Military Academy is fully committed to developing leaders of character who embody the Army values," Lt. Gen. Darryl A. Williams, superintendent of the U.S. Military Academy, said in a statement. "Ideology, actions, and associations of hate groups directly conflict with our values and have no place at this institution."

The four-letter slogan has been used by white supremacists, according to the Anti-Defamation League.