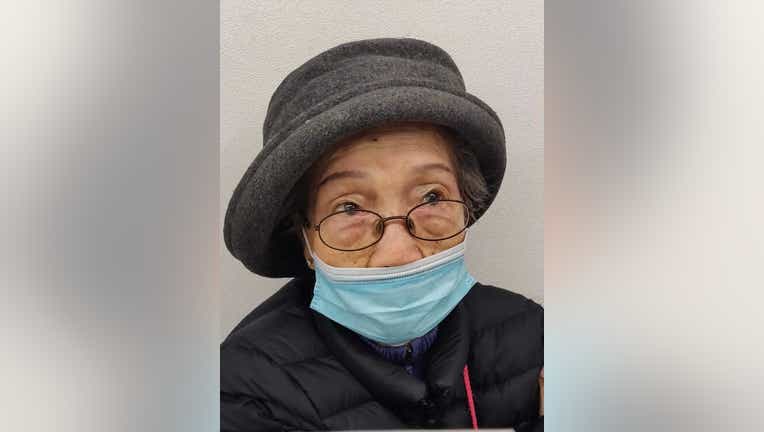 Photo shows 94-year-old woman who was stabbed in San Francisco.

SAN FRANCISCO - San Francisco police have made an arrest in the stabbing of an elderly woman of Asian descent on Wednesday.

Police responded to the 800 block of Post Street at Leavenworth in the Lower Nob Hill neighborhood at around 10:15 a.m. on the report of a stabbing.

When they arrived, they found the 94-year-old victim suffering multiple stab wounds. Police said they rendered aid and that the woman was transported to the hospital and is expected to survive. Police said the attack appeared to be unprovoked. 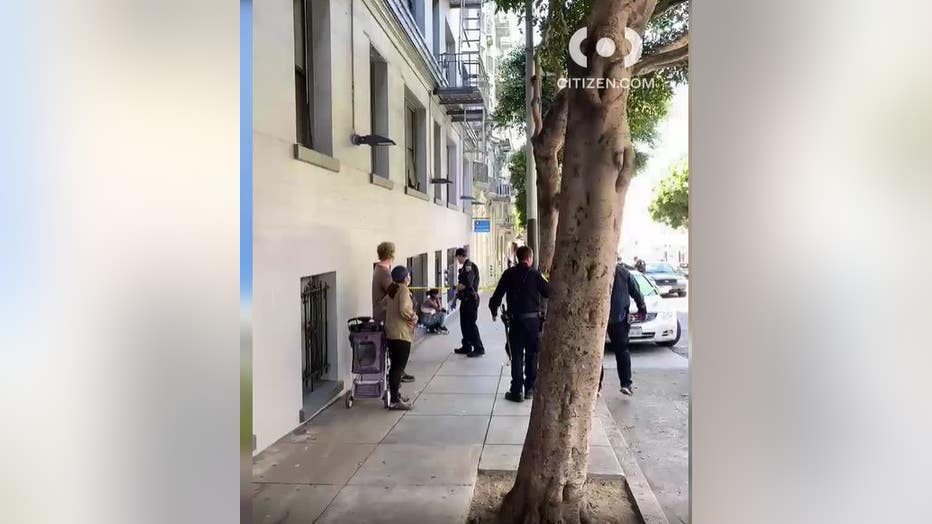 Still image from the crime scene taken from the Citizen application.

A photo of the suspect was obtained and distributed to officers. Police identified the suspect as Daniel Cauich, 35. He was arrested six blocks north, less than two hours later at around 11:45 a.m. on the 1300 block of Clay Street.

The suspect was taken into custody without further incident, police said. A knife was found at the crime scene, according to officials.

Cauich was booked for attempted homicide, elder abuse, a battery charge, committing a felony while on bail or release among other charges.

In 2016, Cauich was a murder suspect connected to a Mission District stabbing. In 2020, he was arrested in a North Beach burglary spree in which bikes, scooters and other property were stolen.

Police are still investigating and have not determined if race was a motivating factor in the stabbing.