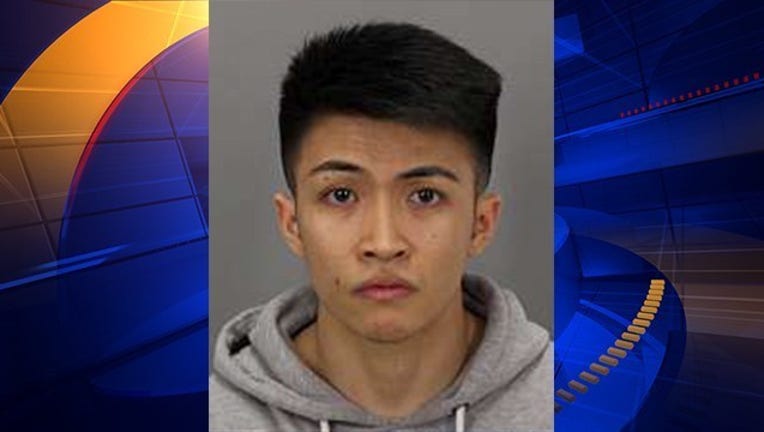 The victim, a 17-year-old San Jose resident, was attacked on the evening of March 11 around 8:13 p.m., after he and his friends got into a confrontation with another group in the parking lot of the shopping center, located at 2855 Stevens Creek Boulevard.

Police said he and his friends were being followed, and exchanged gestures with the suspects.

As they left the mall they were confronted by two suspects, one of whom pushed the victim to the ground, knocking him unconscious.

The suspect fled the scene before police arrived.

Investigators were able to identify the suspect and determined that the attack was not gang motivated, as had initially been suspected.

Police arrested Truong Huynh, 25, Thursday at his home in San Jose on suspicion of felony battery.

Police said today that the victim remains hospitalized due to the attack.