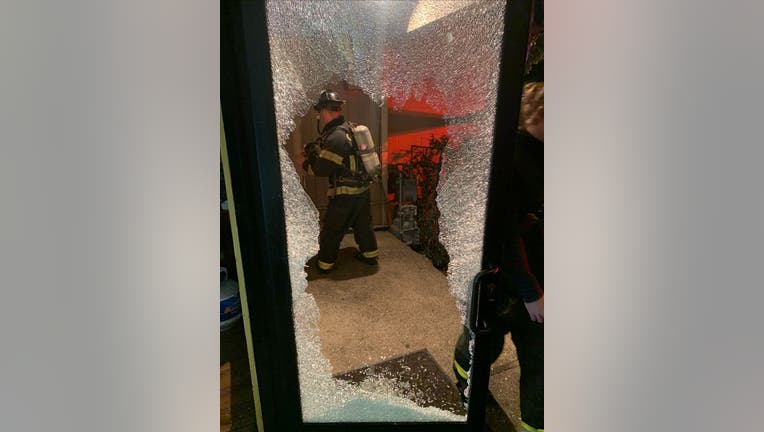 "The fire sprinkler system had activated and there were obvious signs of forced entry." Photo: San Rafael Fire Dept.

Fire crews responded at about 11 p.m. to a commercial building on Bellam Boulevard, in which a restaurant is located.

Firefighters discovered that someone broke into the restaurant and spread flammable liquid before lighting it. 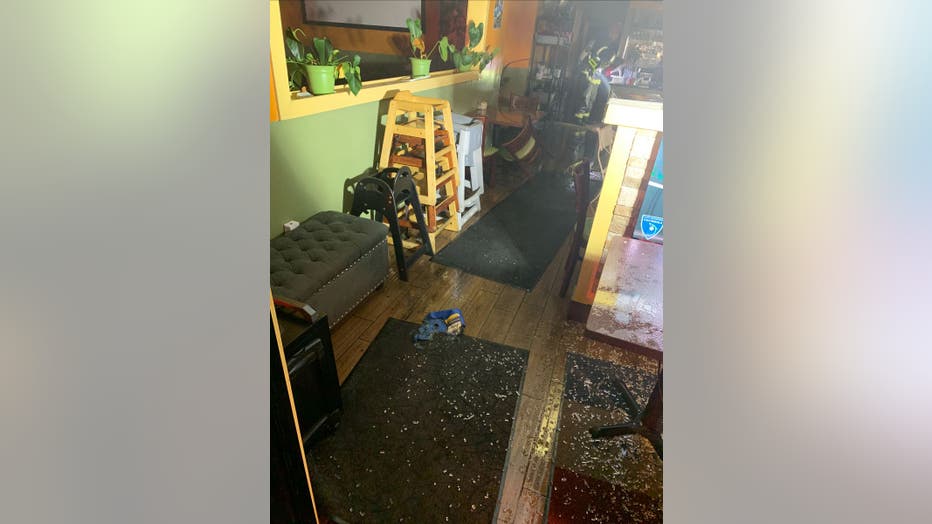 The fire triggered the sprinkler system, which put out the fire before a lot of fire damage was done, according to fire officials.

Video surveillance captured at least one image of someone setting the fire, fire officials said.