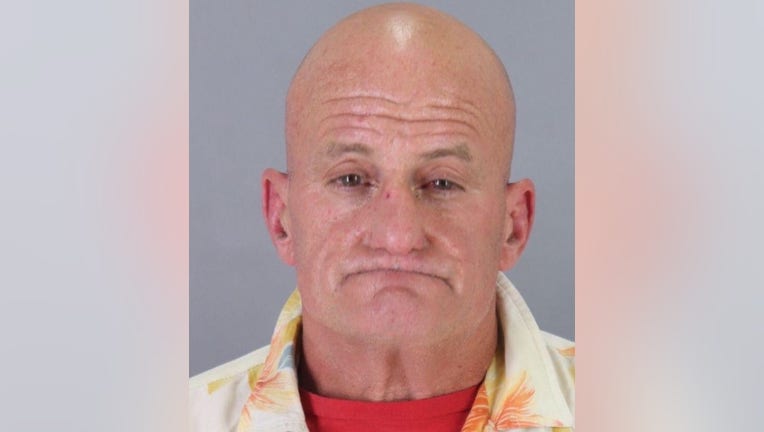 John Ivazes, of Moss Beach, was found lying on the ground near the blaze when Cal Fire, the San Mateo County Sheriff's Office and other agencies responded about 1:45 p.m.

The suspect had been seen earlier in the day constructing a peace sign out of pampas grass on the side of a hill near the Maverick's Beach access trail, the sheriff's office said.

Ivazes admitted igniting the fire, and witnesses told authorities that they saw him set the blaze, according to the sheriff's office.

No injuries were reported and the fire didn't threaten any buildings.

Ivazes was booked into the Maguire Correctional Facility on suspicion of arson, with bail set at $10,000.