OAKLAND, Calif. - Oakland artist Leo Carson is working to fix a sculpture of Breonna Taylor that was vandalized over the weekend.

Carson made the sculpture as a tribute to the young EMT worker who was killed by police in Louisville, Kentucky. It was just installed in downtown Oakland on December 12. Carson said he hoped the piece of artwork would energize the Black Lives Matter movement.

"I’ve been out in the street a lot protesting and organizing and seeing all the art around really makes me feel more powerful, so I wanted to add my voice to that chorus," said Carson.

The bust is made of clay, concrete, wood, and foam. Sometime Friday night or Saturday morning, the artwork was vandalized. Large pieces of the bust were left broken on the sidewalk. 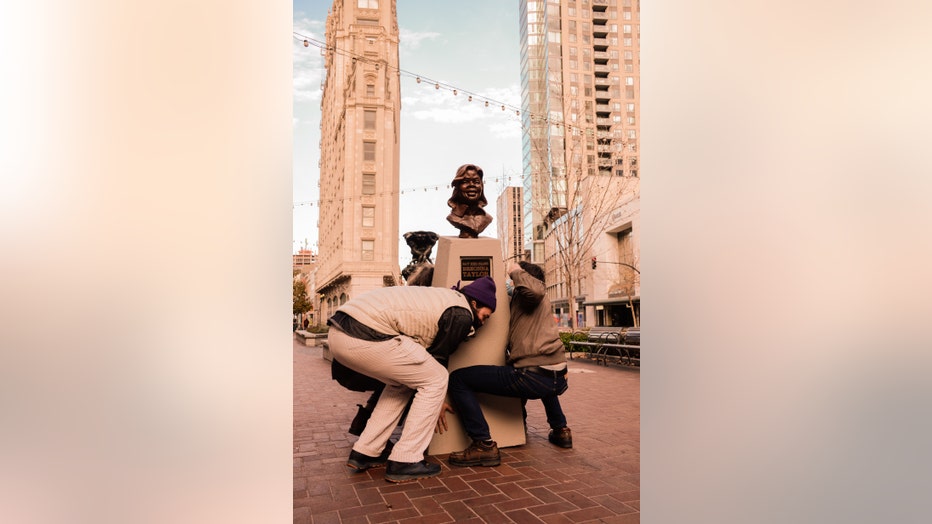 "It’s infuriating, it’s saddening," said Carson. "It’s not just an attack on me or the sculpture. It’s an attack on the Black Lives Matter movement and an act of racist aggression."

People passing by were disappointed that someone would want to destroy a piece of local artwork, especially when it has such a special meaning behind it.

"I think it’s pretty messed up," said Oakland resident Matt Harlan. "It looks like a lot of work went into it and it’s a symbol for the community."

Carson said he did not file a police report. He plans to fix the sculpture.