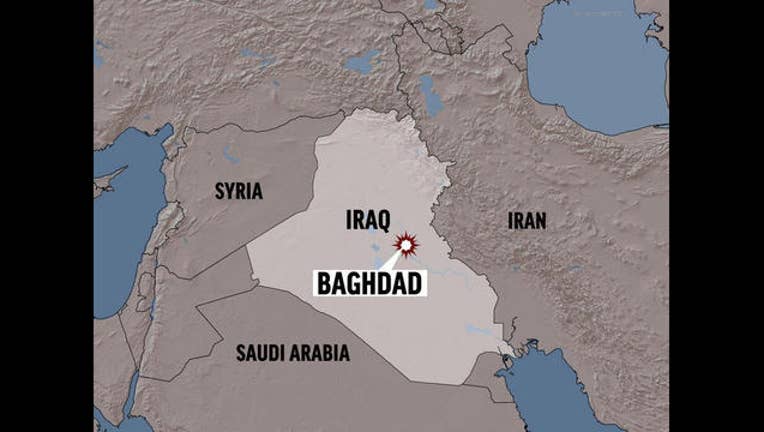 BAGHDAD (AP) -- Protests and anger over the security situation in Iraq mounted Thursday at the site of a massive truck bombing by the Islamic State group earlier this week in Baghdad that killed scores as the death toll continued to rise and a separate attack north of Baghdad killed dozens more.

The Baghdad attack last Sunday -- the deadliest attack in Iraq since the 2003 U.S.-led invasion -- has stoked public unrest and spurred Iraqi officials to announce a number of new security measures. However, smaller scale bombings and attacks have persisted in the days that followed.

Late on Thursday night an attack carried out by multiple suicide bombers and gunmen on a Shiite shrine in Balad north of Baghdad killed 26 and wounAsded 52, according to Iraqi police and hospital officials.

Earlier on Thursday, Iraqi hospital and police officials said their death toll from Sunday's Baghdad attack now stood at 186, with around 20 people still missing, as more remains were recovered from the rubble.

The officials spoke on condition of anonymity as they are not authorized to talk to the media.

However, Ahmad Roudaini, from the Health Ministry's media office, said the ministry's death toll is 292.

The discrepancies in the numbers could not immediately be reconciled. Many of those killed have had to be identified with DNA-testing because their bodies were burned beyond recognition.

On Thursday evening, a crowd of angry friends and family members of the victims tried to push into one of the buildings hit in the truck bombing but civilian volunteers held them back.

The IS suicide bomber had detonated his explosives in Baghdad's central Karada neighborhood, outside a shopping mall in a street crammed with people preparing for the Muslim holiday of Eid al-Fitr. The area, packed with shops, cafes and restaurants, had swelled overnight with Baghdad residents eager from a respite from the daily fasting during the holy month of Ramadan.

Mustafa Hassan, one of the men gathered at the scene on Thursday, said he had volunteered to help sift through the debris after authorities failed to do so. Hassan, a young man wearing a surgical mask and gloves, held up two plastic bags that he believed contained charred human flesh.

Roudaini said the ministry of health continues to help transport the remains of the dead to Baghdad's forensic lab or to the city morgue, but he said the scale of the explosion has overwhelmed the teams who normally respond to such attacks.

"Till now there are maybe still some dead under the building, we don't know," Roudaini said.

But Hassan, who said he had been coming every day to the site of the attack, insisted that only firefighters were seen at the site, no one else. As he spoke to reporters, a man behind him pushed past an improvised barrier and ran into the burned-out building.

"He's looking for his wife, she's still missing, he wants to find anything, even just an earring," Hassan said.

Moments later, the man was carried out of the building by a group of volunteers. Hassan said he likely had fainted from grief.

"It happens a lot here," he added.

Hundreds gathered in the street chanted religious slogans and waved Iraqi and Shiite militia flags. Hours after the bombing, the Islamic State said it had targeted Shiites, whom the extremist Sunni group considers as apostates. Many of the Karada victims were Shiites, but many Sunnis and Christians were also among the dead.

Others gathered in Karada on Thursday also blamed the government for failing to secure the city.

"People are getting more and more angry," said Hussein Samir, 24. "Every day that people have to think about this tragedy, it just makes them more upset."

After the Baghdad attack, Iraqi Prime Minister Haider al-Abadi announced new measures, including that much-disputed bomb-detection wands would no longer be used by security forces. Experts have repeatedly pronounced the wands bogus. Al-Abadi also said aerial scanning measures would be stepped-up to improve intelligence gathering in Baghdad and that the ring of checkpoints around the capital would be tightened. It is unclear if any of those measures have yet been implemented.

Late Thursday night the Balad attack began when a suicide bomber targeted policemen guarding the entrance to the Sayyid Mohammed shine 50 miles (80 kilometers) north of the capital Baghdad. A second bomber entered the shrine with nine gunmen targeting security forces as well as families gathering to celebrate Eid al-Fitr, the holiday marking the end of the holy month of Ramadan. Police officials said a third bomber was killed before he detonated his explosives.

More than two hours after the Thursday night attack began, police officials said the situation was under control and all 12 attacks had been killed.

Officials spoke on condition of anonymity as they were not authorized to release information to the media. No group immediately claimed responsibility for the attack.

At the site of the Baghdad blast earlier Thursday evening, hundreds of death notices have been plastered over what's left of burned-out buildings on either side of a once bustling thoroughfare.

Muhammad Mehdi, an arts school student, said he hopes the buildings are kept as they are.

"If they just wash this away and rebuild, we will forget about what happened here. We'll never learn our lesson," he said.