WASHINGTON (AP) -- His once-promising political career in shambles, Minnesota Sen. Al Franken appeared on the verge of resigning after fellow Democrats led by female senators abandoned him Wednesday over the mounting allegations of sexual misconduct that are roiling Capitol Hill.

A majority of the Senate's Democrats called on the two-term lawmaker to get out after another woman emerged Wednesday saying he forcibly tried to kiss her in 2006. That brought to at least seven the number of women accusing him of sexual impropriety.

Franken, the former comedian who made his name on "Saturday Night Live," scheduled an announcement for Thursday. No topic was specified, but Democratic senators said they expected their liberal colleague to resign.

"Enough is enough," said Sen. Kirsten Gillibrand of New York. "We need to draw a line in the sand and say none of it is OK, none of it is acceptable, and we, as elected leaders, should absolutely be held to a higher standard."

Gillibrand was the first to call for Franken's resignation on Wednesday, but a torrent of Democrats quickly followed.

"I'm shocked and appalled by Sen. Franken's behavior," said Sen. Patty Murray of Washington state. "It's clear to me that this has been a deeply harmful, persistent problem and a clear pattern over a long period of time. It's time for him to step aside."

Though the writing appeared to be on the wall, Franken's departure was not certain. A tweet posted Wednesday evening on Franken's Twitter account said: "Senator Franken is talking with his family at this time and plans to make an announcement in D.C. tomorrow. Any reports of a final decision are inaccurate."

"I consider Senator Franken a dear friend and greatly respect his accomplishments, but he has a higher obligation to his constituents and the Senate, and he should step down immediately," Schumer said.

Schumer called Franken immediately after the latest allegation -- and before the torrent of demands for Franken's resignation from Democrats -- and told him he needed to resign, said a Democrat familiar with the events. Schumer met later in his apartment with Franken and Franken's wife, Franni, and repeated that message, and he did the same in additional talks with the senator throughout the day, said the Democrat, who spoke to The Associated Press on condition of anonymity to describe private conversations.

Democratic National Committee Chairman Tom Perez weighed in, too, asking Franken to resign and saying, "Sexual misconduct, harassment and assault have no place in the Democratic Party, the United States Congress, the White House or anywhere."

The resignation demands came in rapid succession even though Franken on Wednesday vehemently denied the new accusation that came from a former Democratic congressional aide, who said he tried to forcibly kiss her after a taping of his radio show in 2006.

The woman, who was not identified, told Politico that Franken pursued her after her boss had left and she was collecting her belongings. She said that she ducked to avoid his lips and that Franken told her: "It's my right as an entertainer."

Franken, in a statement, said the idea he would claim such conduct as a right was "preposterous."

But it was soon clear that his position had become untenable, and his office later issued a statement saying, "Senator Franken will be making an announcement tomorrow. More details to come."

Fellow Democratic Minnesota Sen. Amy Klobuchar, who spoke to Franken, wrote on Twitter, "I am confident he will make the right decision."

Capitol Hill has long had a culture that has erred on the side of protecting lawmakers. Franken, who is generally liked and respected by his colleagues, was initially afforded deference as he battled the initial allegations against him. But as the number of accusations grew, women in the Senate, who faced pressure from the public and the media for protecting Franken, grew increasingly frustrated.

Sen. Tammy Duckworth, D-Ill., who spoke to Franken, said, "He's devastated. He's ashamed and he's sorry and everything that he's been saying and it's hard, but I told him, Al, at the end of the day, this was wrong and so I'm sorry, but this is what we're going to have to do."

One irony: While Franken apparently is departing, Alabama GOP Senate candidate Roy Moore could be arriving, if he prevails in a Dec. 12 special election. Multiple women have accused the 70-year-old Moore of sexual misconduct with them when they were teens and he was a deputy district attorney in his 30s. If Moore is elected, it could create a political nightmare for Republicans, who have promised an ethics probe.

Perez, the DNC chair, was quick to point out the difference, saying in a statement, "Instead of standing up for women and confronting the problems of misconduct within their own ranks, the Republican Party has chosen to pursue power and push their radical far-right agenda at any cost."

A national conversation about sexual harassment has intensified this fall after the heavily publicized case of movie mogul Harvey Weinstein, who was accused of many acts of sexual misconduct, including rape, by actresses and other women. Just on Wednesday, Time magazine named as its person of the year the "silence breakers" -- women who have come forward on sexual harassment.

Punishment has been swift for leaders in entertainment, media and sports while members of Congress have tried to survive the onslaught of allegations.

Franken already faced a Senate Ethics Committee investigation into previous claims by several other women that he groped them or sought to forcibly kiss them.

The allegations began in mid-November when Leeann Tweeden, now a Los Angeles radio anchor, accused him of forcibly kissing her during a 2006 USO tour in Afghanistan.

Other allegations followed, including a woman who says Franken put his hand on her buttocks as they posed for a photo at the Minnesota State Fair in 2010. Two women told the Huffington Post that Franken squeezed their buttocks at political events during his first campaign for the Senate in 2008. A fourth woman, an Army veteran, alleged Franken cupped her breast during a photo on a USO tour in 2003.

Franken has apologized for his behavior but has also disputed some of the allegations.

Franken was first elected to the Senate in 2008, defeating Republican Norm Coleman in a bitter recount that took seven months. Franken won that race despite attacks over bawdy humor and writings dating back to his days on NBC's "Saturday Night Live," including a proposed skit joking about rape.

Franken said then that he regretted such writings, and once in the Senate, he cultivated a serious and policy-oriented image. Throughout his eight years in office, he fashioned a reputation as a populist Democrat and fueled speculation that he might run for president in 2020. 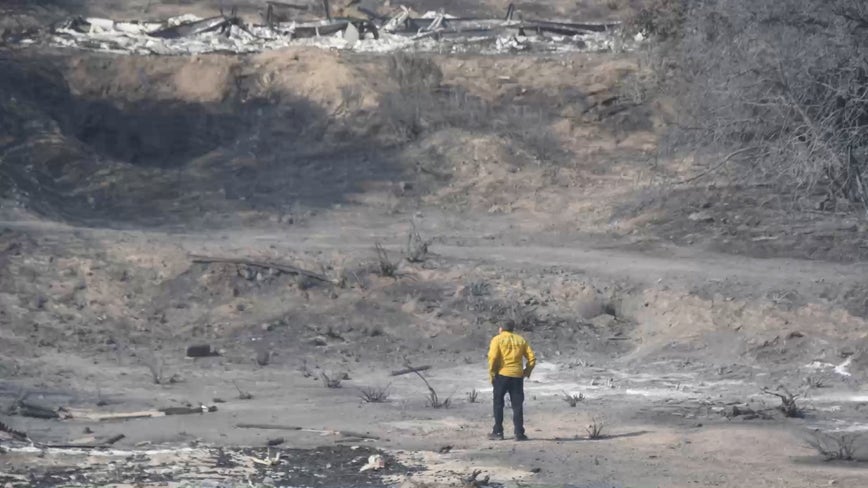