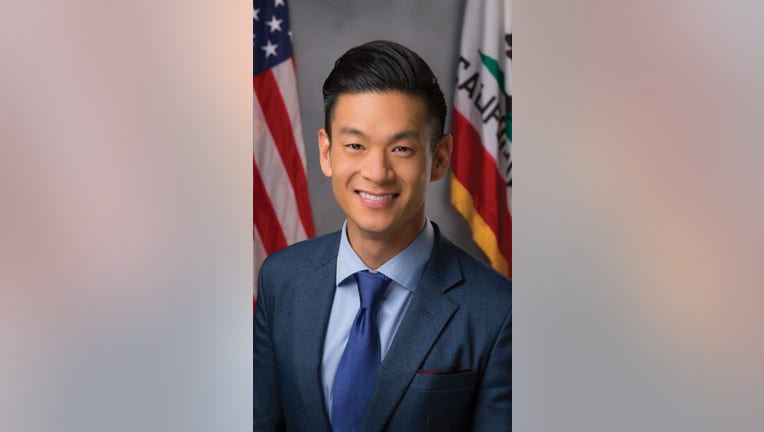 SAN JOSE, Calif. - An Asian American lawmaker from the South Bay has been booted from a key California committee, and LGBTQ and Asian American advocacy groups are crying foul.

Speaker Anthony Rendon stripped Assemblymember Evan Low of his chairmanship and membership on the Business and Professions Committee last week without explanation.

Low served as committee chair for the past five years.   Low's ousting set off a firestorm on social media from activists and community groups.

The Bay Area Municipal Elections Committee, an LGBTQ political action committee, called the move "a shock," and demanded an explanation from Rendon.

Equality California, a statewide LGBTQ civil rights organization, called Low's situation an example of LGBTQ people and Asian Americans being sidelined from roles they are capable of.

"We know that when LGBTQ people are in the room, at the table, in halls of power, our civil rights and policies that benefit our community that has historically been sidelined are more likely to advance," Samuel Garrett-Pate, spokesperson for Equality California, told San Jose Spotlight. "But it's not just about LGBTQ leaders advancing LGBTQ policies. We know that our LGBTQ leaders, because of their unique life experiences, bring something special to the offices they serve in."

Low declined to comment. His office issued a statement saying it was "an honor" to serve on the committee.

"My colleagues and I crafted legislation to help small businesses, combat the opioid crisis, implement a system to regulate legal cannabis, and work with Gov. Gavin Newsom to protect patients and health professionals during the COVID-19 pandemic," Low said. "I look forward to continuing to serve in any capacity."

A source close to Low, however, told San Jose Spotlight a rift is brewing between Rendon and some fellow Democrats.

In the summer, some in the Legislature became increasingly frustrated over the speaker's handling of legislation related to the COVID-19 pandemic.

The leaders secretly lobbied Low to jockey for the speakership position, the source said.

Even though Low turned it down, Rendon replaced Low, who is openly gay, with Berman -- a straight white man. The source called it an example of Rendon's "good old boy's club."

"I've asked Assemblymember Berman to take the helm of Business and Professions," Rendon said in a statement. "His service in the Assembly has demonstrated his commitment to the Democratic Caucus."

A spokesperson from Rendon's office added that according to the speaker's practice, periodic changes are made to the makeup of committee chairs.

Earlier this fall, Low held a fundraiser for Rendon. The haul was reportedly $120,000, according to a report by news outlet Bay Area Reporter.

Locally, the Silicon Valley Asian Pacific Democratic Club called Low's removal another disappointment for Asian American leaders.   "(Low) has always been supportive of our club," President Chris Ratana told San Jose Spotlight. "To see him not lead a committee he's chaired successfully for so many years is a blow to us."