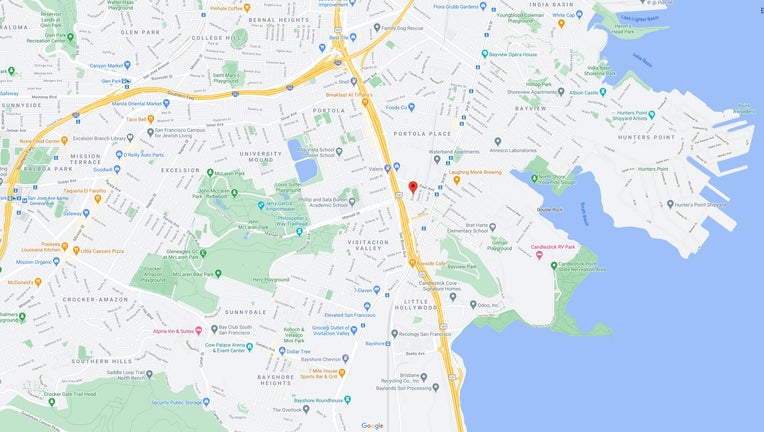 San Francisco police officers from Bayview Station responded to a report of a robbery and aggravated assault at about 10:30 p.m. Saturday, police said.

After receiving medical aid, the victim told police a male stranger approached him from behind and demanded his money.

The suspect then stabbed him with a knife, police said.

The suspect took the victim's backpack and ran to a car, which he used to flee the scene, police said.