Skystar wheel up and running

SAN FRANCISCO - After months of delays due to the coronavirus pandemic, the observation wheel in San Francisco's Golden Gate Park is finally open for riders looking for a great view.

The wheel is part of the park's 150th anniversary celebration and is just the latest offering from the San Francisco's Recreation and Parks Department that they say is helping the city battle the pandemic.

The SkyStar Wheel is now open.

Julia Rael and Ronnie Presley were second in line to try it out. "Excited to be the first to try something out like this," said Rael.

The giant Ferris wheel, whisks passengers 15 stories into the air. And after their trip what do riders think? "Oh it was fantastic," said Rael. "So many great views up there."

The city's original plan called for the SkyStar Wheel to open months ago, but then COVID struck.

"Yes April 4th was supposed to be a parkwide celebration planned for the 150th anniversary of the park and that's why they brought us in here," said Todd Schneider from SkyStar Wheel.

The wheel is the newest attraction to Golden Gate Park, which has served as a destination for pandemic weary visitors.

The park has closed streets to through traffic, and has seen an incredible increase in park visitors.

"It's been an oasis, and we've seen pedestrian traffic go up by 600% and we have seen bike traffic go up 200%," said Tamara Barak Aparton from San Francisco's Recreation and Parks Department.

The city says Golden Gate Park is just part of the equation.

Slow Streets, and open areas are among the few places where San Franciscans can socialize safely.

"People being able to enjoy life outdoors where things are safer, I believe, has helped us get to where we are because that's fewer people going inside to see other people," said Barak Aparton.

The parks have also been used as centers for the city's learning hubs, ensuring kids have access to education and services. "Kids from high-needs neighborhoods and families can get supervised help with distance learning, and they can also get outdoor play time," said Barak Aparton.

As for folks wanting to ride the wheel, tickets are booked through this weekend, you have to go online to reserve a spot.

The recreation and parks department says if that's what people wind up wanting, it would have to go through the formal process, these were just emergency measure because of the pandemic.

SkyStar said it is providing onsite handwashing, temperature checks with non-contact thermometers for customers, staff and vendors, and requiring both staff and riders to wear masks.

A longer VIP ride of 20 minutes in a special gondola with leather seats and hardwood floors is available for $50 per person.

Reservations must be made from noon to 10 p.m. Mondays to Fridays and 10 a.m. to 10 p.m. Saturday to Sundays ahead of time at www.skystarwheel.com. 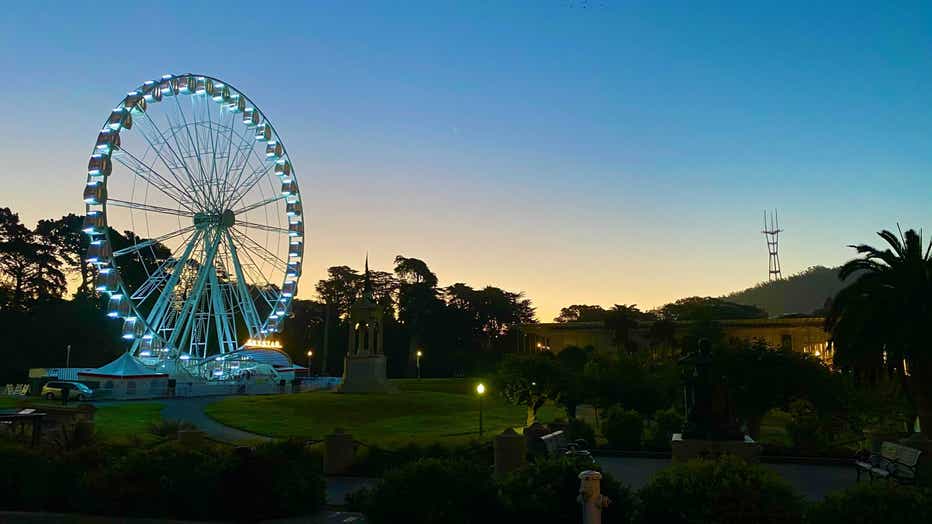