OAKLAND, Calif. - The Oakland criminal defense attorney hired to represent the Toronto Raptors president following a shoving match at Oracle Arena said a deputy’s past legal troubles were a factor the District Attorney considered when deciding not to charge Masai Ujiri.

Speaking publicly for the first time, attorney Robert Beles told KTVU that one of the reasons the Alameda County DA's Office did not charge Ujiri with assault and battery is because the deputy, Alan Strickland, had been convicted of insurance fraud nearly 15 years ago.

“We investigated Deputy Strickland’s background and shared that with the Alameda County District Attorney’s Office,” Beles said. “We believe that the revelation of the deputy’s criminal history was an important factor considered by the DA. We also offered facts as to the good character and many good works of our client.”

The other major reason, Beles said, is that Ujiri simply did not strike Strickland in the face after the Raptors beat the Warriors last June.

Last month, Strickland filed a federal lawsuit against Ujiri, the Raptors and Maple Leaf Entertainment. He alleges assault and battery and claims he suffered physical injuries to his head, jaw, chin and teeth. He hasn’t been to work since. 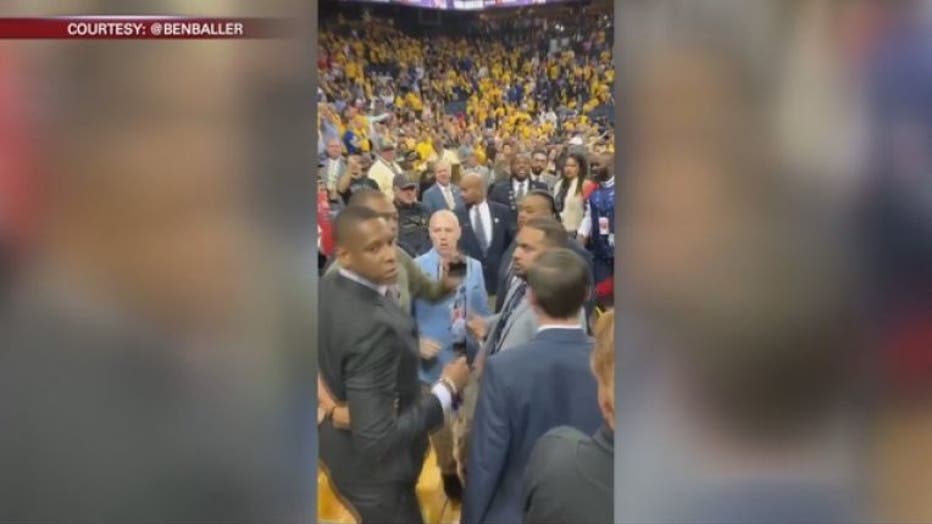 Witness Ben Baller took a photo of the aftermath between Masai Ujiri and the deputy. June 13, 2019

Beles said that he and his daughter, Annie Beles, who is his co-counsel, met with a representative of the DA’s Office “after which, a decision was made not to charge Mr. Ujiri.”

Afterwards, the Raptors were so grateful, Beles said the team sent him and his daughter two team T-shirts, which they have since hung in their office.

Teressa Drenick, a spokeswoman for the DA would not comment on what factored into the office’s decision not to charge Ujiri in October. At the time, the office said the matter would be “better handled in a setting outside the courtroom.”

According to eyewitness accounts, after the game, Ujiri rushed down to congratulate his team, and the deputy stopped him because he said Ujiri wasn’t properly showing his credentials. Witness accounts along with some cell phone video show there was a brief, heated altercation between the two men. According to the sheriff’s office, there is also high-definition video taken at the stadium, but it has not been publicly released, despite multiple requests.

At least two eyewitnesses told KTVU in prior interviews that they saw Ujiri shove the deputy, who physically blocked him from entering the court. Neither of the witnesses said they saw any blows.

Beles said he would not dicuss what was seen on that video.

Beles had kept quiet about the deputy's past, until he saw that this news organization reported Strickland's criminal history on Sunday. 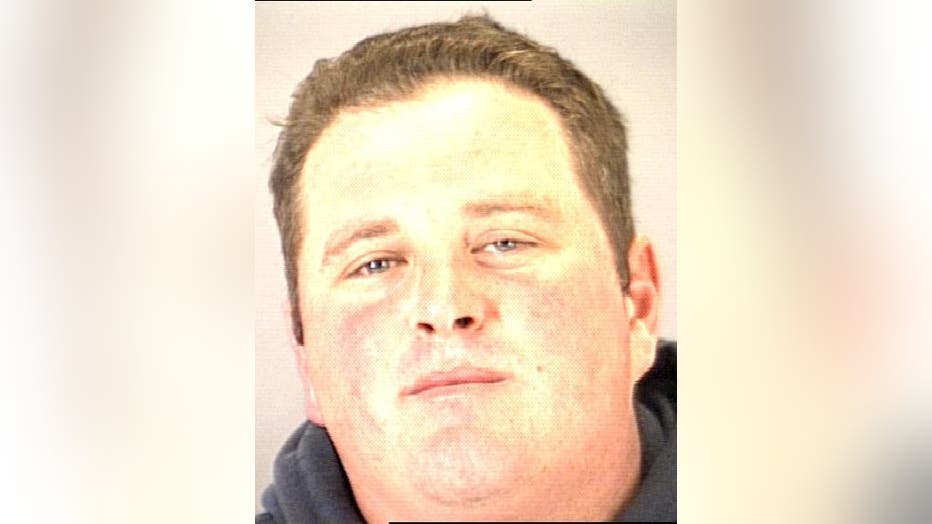 San Mateo County Superior Court records show Strickland was charged with felony insurance fraud in 2005, when he was trying to become a San Mateo police officer, a job he did not get. He ended up pleading no contest to misdemeanor insurance fraud that same year, and was hired by the Alameda County Sheriff’s Office in 2006.

People can become police officers with certain types of misdemeanors.

Strickland and his attorneys have declined several requests for comment.

Ujiri’s civil attorneys, Cotchett, Pitre & McCarthy in Burlingame, have not yet filed a response to Strickland's allegations.