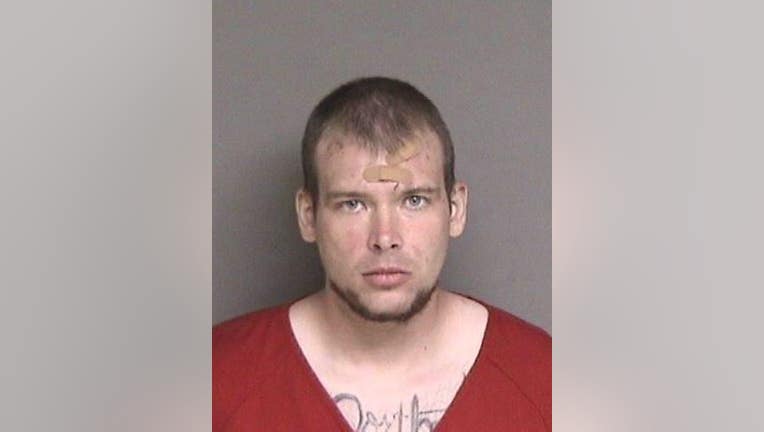 A change of venue motion has been filed on behalf of John Lee Cowell, the suspect charged in the murder of Nia Wilson at a BART station.

OAKLAND, Calif. - The lawyer for a transient man charged with murder for the fatal stabbing of 18-year-old Nia Wilson at the MacArthur BART station in Oakland last year is asking that his trial be moved out of Alameda County because she doesn't think he can get a fair trial locally.

Moore said 55 percent of respondents in a survey the defense recently conducted of 470 Alameda County residents said they believe Cowell is definitely guilty or probably guilty of murder.

She said those numbers include people who indicated they have no familiarity with Cowell's case, but 81.5 percent of the 315 people who said they are familiar with the allegations against him said they believe he definitely or probably is guilty of murder.

Moore said nearly 40 percent of those people said "they did not need any additional facts before deciding the issue of guilt."

Moore wrote, "These shocking numbers demonstrate the pervasive prejudicial effects of the media coverage of this case and the extraordinary circumstances that this coverage have created."

Cowell also is charged with a special circumstance allegation that he killed Wilson while lying in wait, a charge that would result in life in prison without parole or the death penalty if he's convicted.

Cowell is white and Wilson was black and many black community members said after she was killed that prosecutors should consider charging Cowell with a hate crime.

But prosecutors never found evidence that would support that enhancement.

Moore wrote, "The pervasiveness of the news coverage and public interest derives, in part, from the speculative perception that this was a racially motivated crime, despite the fact that there is no evidence in support of that perception."

Moore said if Schaaf's proposition were accepted it "would violate the very notions of fairness that the criminal justice system is founded on."

A hearing on Moore's change of venue motion is scheduled for Jan. 6, the same day Cowell is scheduled to return to court to have a judge assigned for his trial.

The motion could further delay the long-delayed case against Cowell, who has pleaded not guilty by reason of insanity.

Alameda County Superior Court Judge James Cramer suspended the criminal proceedings against Cowell on Dec. 27, 2018, saying there was "substantial evidence" that he was mentally incompetent to stand trial.

But at a hearing on July 17 Cramer reinstated the criminal proceedings against Cowell, based in part on a new doctor's report that found that Cowell was competent to stand trial.

At a hearing on Dec. 20 Moore said she thinks there are new indications that Cowell is mentally incompetent to stand trial based on a recommendation by a psychiatrist who had been appointed to evaluate Cowell's current mental state but couldn't do so because Cowell refused to meet with the psychiatrist.

At a hearing on Dec. 24 Cramer said Cowell's trial can proceed but ordered that an additional evaluation be done by psychiatrist Jason Roof of the University of California at Davis.

Cowell's trial could be suspended again if Roof indicates in his report, which is scheduled to be discussed at a hearing on Jan. 15, that he thinks Cowell is mentally incompetent.

District Attorney spokeswoman Teresa Drenick declined to comment on Moore's motion for a change of venue.