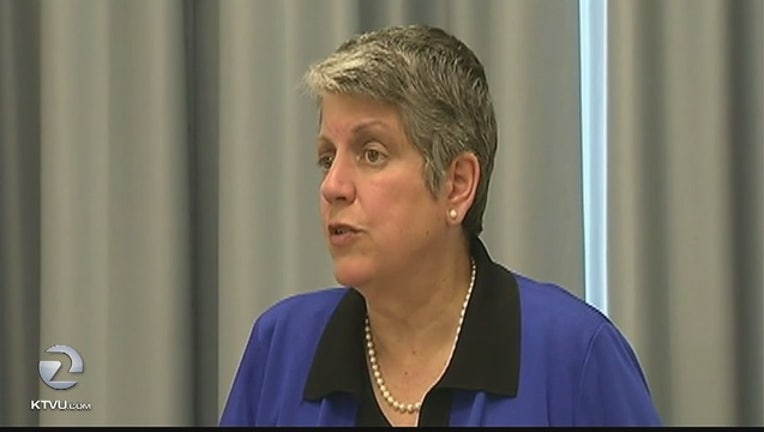 SACRAMENTO, Calif. (AP) - A year after a scathing review of its budget practices, the University of California president's office hasn't fully implemented some of the report's recommendations, according to the state auditor's office.

In its one-year evaluation of the UC Office of the President's progress, the auditor found the office was behind schedule, partly because it hasn't finished its budget. UC President Janet Napolitano's office says it is on schedule.

A year ago, an audit of Napolitano's office found misleading budget practices and millions of dollars in reserves not properly disclosed to the public. Napolitano disputed some of the report's findings but promised to make changes the auditor recommended, including developing clearer budget procedures.

California Gov. Jerry Brown and lawmakers have threatened to withhold millions of dollars from the UC system if the auditor's recommendations aren't implemented on time. The governor and Legislature are negotiating a state budget, including funding for the UC system.

"We are confident that we have complied with all of the mandates by the California State Auditor and we are doing everything we can to ensure that the auditor is satisfied," Napolitano spokeswoman Dianne Klein said.

Klein deferred to a report from Sjoberg Evashenk Consulting, a firm hired by the UC Board of Regents, which found the president's office "substantially met" the April 2018 milestones outlined in the auditor's recommendations.

The firm argued Napolitano's office is on track to meet its own budget deadline next month and that the office shouldn't be expected to change its own budget schedule to meet the auditor's April deadline.

Napolitano's office hasn't shown it adequately updated its budgeting practices and protocols for setting staff salaries, the auditor says. The auditor's office also says the office isn't being adequately transparent about the amount of money it has in reserves.

Napolitano's office did solicit feedback from campus leaders in drafting its budget and developed a method for comparing its staffing costs with salary data from comparable private and public employers. The office also implemented several recommendations about tracking initiatives and improving its staffing plans, according to the auditor.

The governor hasn't decided whether to withhold money from the UC system, said H.D. Palmer, a spokesman for the governor's Department of Finance.