Authorities Wednesday released video of an altercation inside LAPD's Harbor Station that left an officer injured on Sept. 28.

According to the LAPD, on Sept. 26 around 9:59 p.m., a man, later identified as 29-year-old Jose Guzman, entered the front lobby of the station where he was met by a uniformed desk officer. The video shows Guzman engage with the officer in a physical altercation by punching him on the face causing the officer to fall backward onto the floor.

"While on the ground Guzman began to struggle over the officer’s gun and managed to remove the gun from the officer’s holster and gain control of the gun," LAPD wrote in a press release. "Guzman continued his assault and hit the officer on the head with the gun causing lacerations and immediate bleeding."

A pursuit ensued and officers eventually caught up to Guzman and he was placed under arrest. 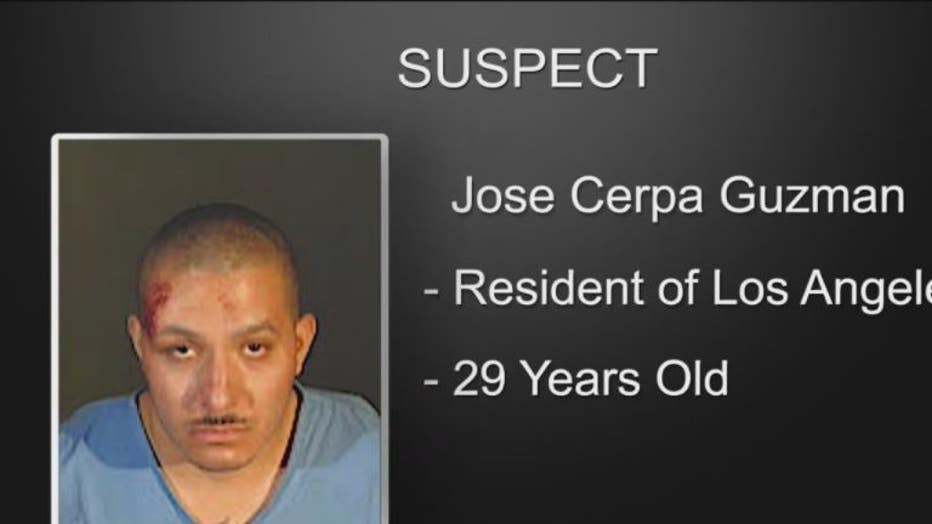 Guzman was charged with two counts each of attempted murder and assault with a semiautomatic firearm, along with one count each of second-degree robbery, evading and resisting an officer, according to the Los Angeles County District Attorney’s Office.

The case remains under investigation.