KRUGER NATIONAL PARK, South Africa - A veteran safari guide is calling it a once in a lifetime sighting: a male baboon gently grooming a lion cub as he carried it off with him into the trees. 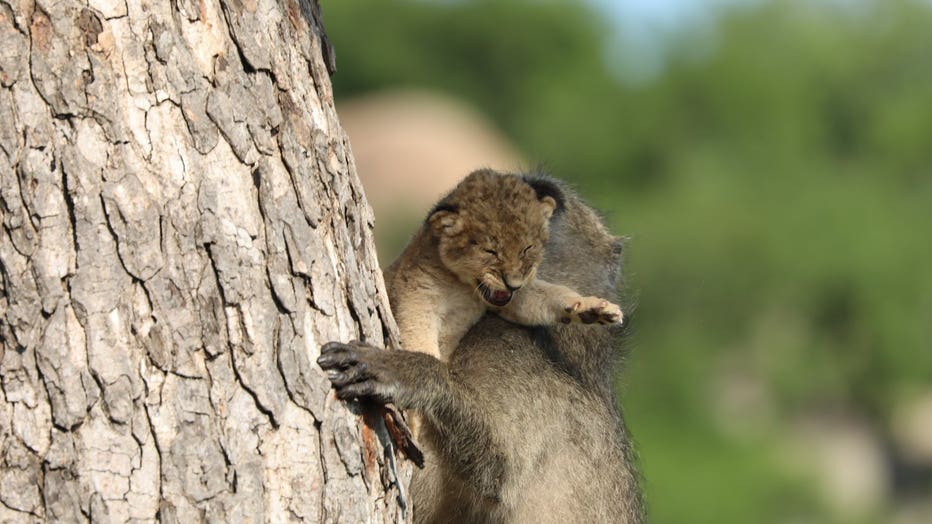 "I went to an area very active with lion sightings recently and came upon a troop of baboons really excited and playful," Schultz said, describing the area as having large granite hills and boulders, where lions and leopards are known to hide their newborns.

Schultz then witnessed one of the baboons break away from the troop with a lion cub in its hold. 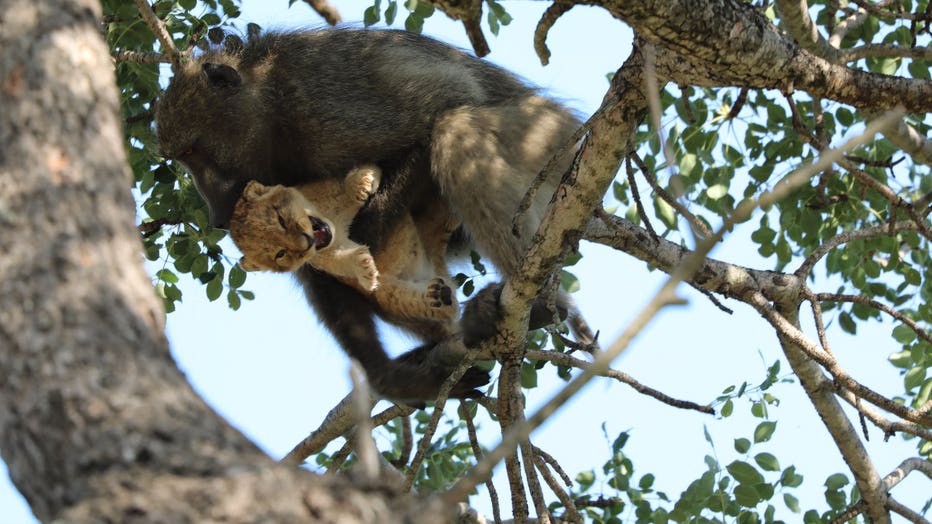 "The baboon crossed the road and climbed a marula tree. We then noticed the lion cub was alive, the baboon was grooming the lion cub as if it was a baby baboon," the safari operator described to KTVU in email. "Male baboons do a lot of grooming, but the care given to this lion cub was the same care given by a female baboon to one of her own young," he added.

Schultz captured images of the baboon carrying the cub, holding it, and just sitting with it at points. 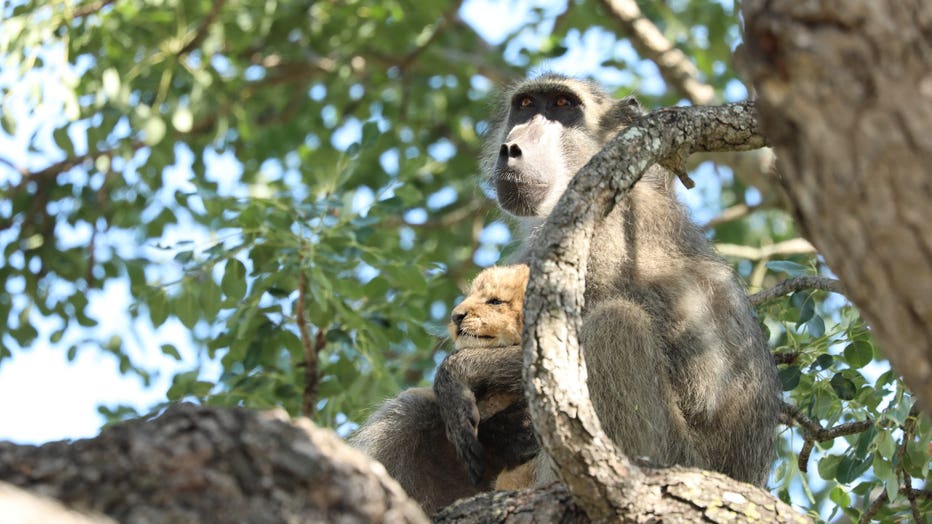 While the rest of the troop appeared to settle down as it got used to the presence of the cub, Schultz said the baboon did not let go of the cub. "The male baboon moved from branch to branch grooming and carrying the cub for a long period of time," the safari guide explained.

Schultz said from what he could tell, the cub did not appear to have any outward signs of injury, but he speculated it may have suffered internal damage, noting baboons are very strong animals and young lions are not used to being handled in such a manner.

He also noted that it was already quite hot that morning, and the cub appeared to be dehydrated. 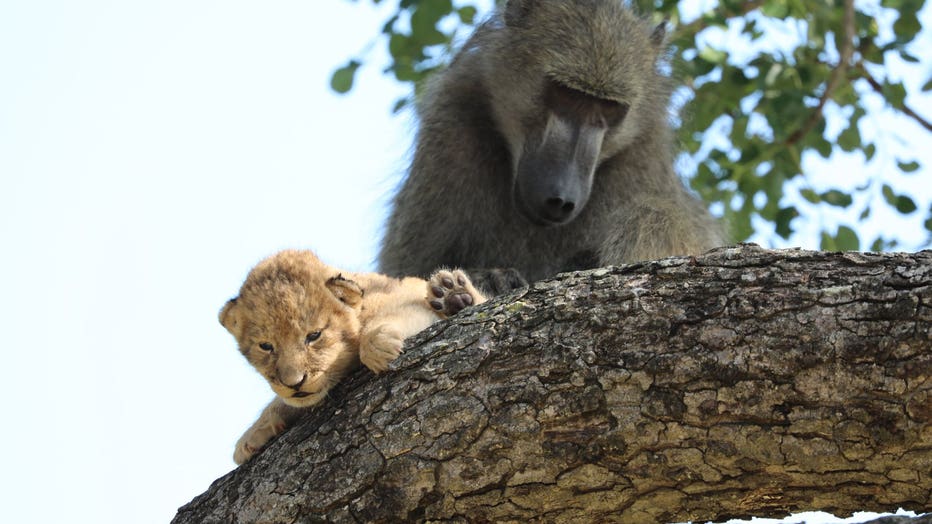 Eventually the troop of baboons started moving farther away, and Schultz said it's unknown exactly what happened to the cub. But he speculated that it's unlikely the young lion survived.

The guide said that while he hoped the cub did make it out alive, people must respect how these encounters in the wild play out.

"The troop of baboons was large and a lion would not be able to get the young back," the safari expert said, adding, "Nature is cruel at most times." 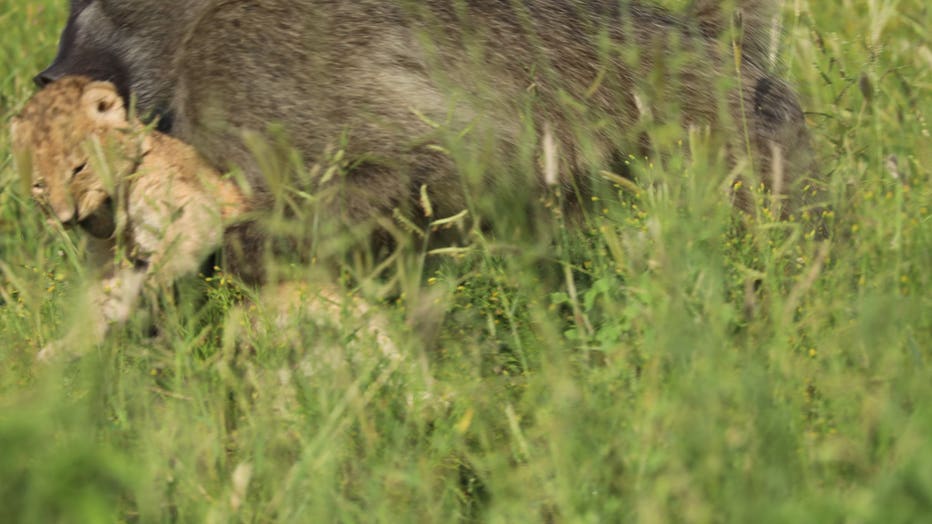 Schultz said in his 20 years of guiding safaris in Southern and Eastern Africa, he has seen baboons tearing a part leopard cubs and heard stories of baboons killing lion cubs, but never has he witnessed anything like the care and attention the male baboon gave to that young lion.

"This will remain one of my most interesting sightings," Schultz said. "One does care for the lion cub and wish it to grow up and live a wild and free life, however nature has its own ways, we cannot get involved."