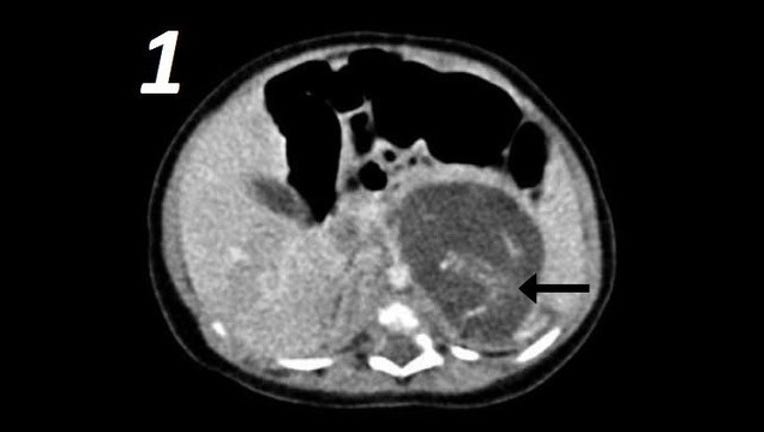 Researchers have announced that a baby girl, who was born in 2010 and thought to have had two tumors in her abdomen, actually had twin fetuses ranging from 8 to 10 weeks old inside of her, according to a report.

The fetuses weighed in at half an ounce and a third of an ounce. They both were far enough along to have four limbs, a spine, a rib cage, intestines and an anus. All organs were connected through an umbilical cord to a single placenta-like mass.

"Since it is impossible for the little girl to have conceived the pregnancy on her own, the fertilization of the twin fetuses, of course, belongs to her parents, which has gone to the wrong place," a local doctor tells the South China Morning Post.

The condition, called fetus in fetu, is thought to occur in 1 in 500,000 births worldwide.