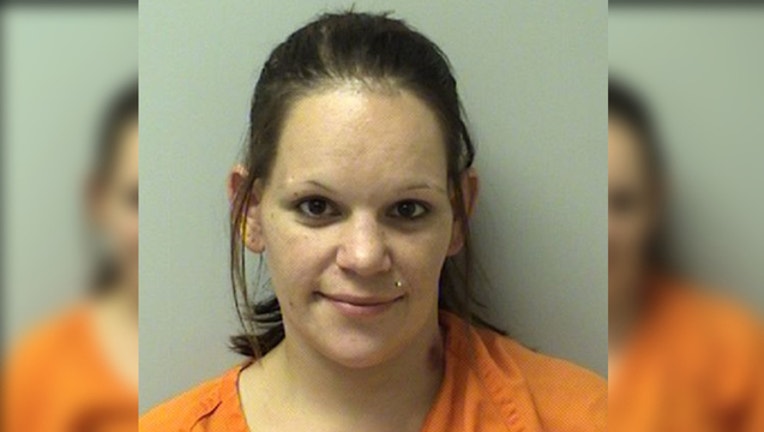 WAUSAU, Wis. (AP) - A Wisconsin baby sitter who allegedly killed a 2-month-old boy then pretended he was alive when she gave the boy back to his mother has been charged with first-degree intentional homicide.

A criminal complaint filed Friday says 28-year-old Marissa Tietsort of Wausau caused the infant's death in October, then put him in a snowsuit and car seat and returned him to his mother - without telling her the child was dead.

Authorities found the mother trying to revive the boy, but he had died hours earlier of blunt force head injuries from multiple impacts to the head.

During a court appearance Friday, Judge Jill Falstad issued a $500,000 cash bond for Tietsort and ordered that she have no contact with children or with the victim's family, the Milwaukee Journal Sentinel reported.

Tietsort, who is pregnant with her sixth child, also faces child abuse charges involving an 11-month-old girl in her care. That charge stems from an August incident. Tietsort was arrested in that case after the 2-month-old died in October.

A message left with the public defender's office hasn't been returned.

According to the criminal complaint, the mother of the 2-month-old boy dropped him and his older brother off at Tietsort's home on Oct. 18.

About two hours later, the baby's mother received a text from Tietsort, in which Tietsort told her that a local news website published a story saying she'd been charged with child abuse and she isn't supposed to have contact with children. Tietsort told the mother not to tell anyone she was watching her two sons.

When the victim's mother came to pick up her sons later, the infant was in his car seat with a hat pulled down over his eyes. The mother told police she thought he was sleeping, the complaint said.

The boy's mother later realized her son was not breathing, cold and stiff. Officers arrived to find the boy had "ashen skin tone, his jaw was clenched and his lips were blue."

Tietsort told police she didn't kill the baby, but knew he was dead, the complaint said. When her boyfriend got home that evening, they went to McDonald's and she brought the dead baby with them, according to the complaint.

After she gave the boy back to his mother, Tietsort, her boyfriend and their son went swimming at a local hotel, the complaint said.