OAKLAND, Calif. - A backhoe caught fire on an Oakland freeway just ahead of Monday's evening commute.

Oakland Fire Department responded and quickly put the fire out. The equipment was apparently being hauled along southbound Interstate 880 when it was detached at the Oak Street on-ramp.

California Highway Patrol put out a traffic advisory at 4:19 p.m. Firefighters said they responded within three minutes to extinguish the blaze and that just before 5 p.m., traffic was flowing smoothly. 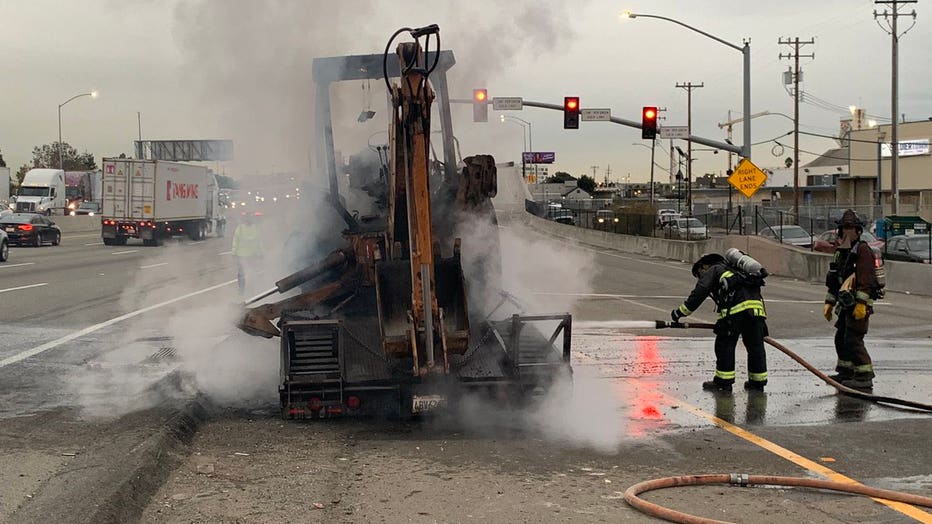 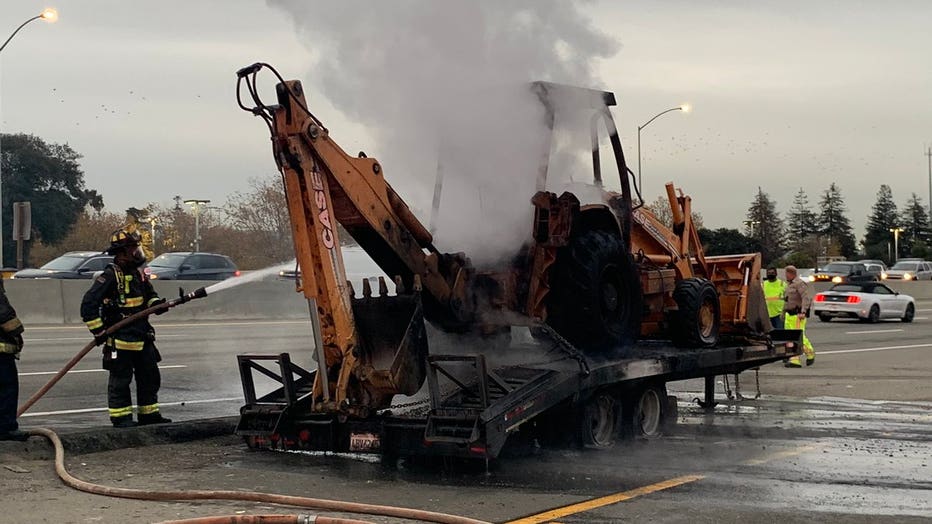 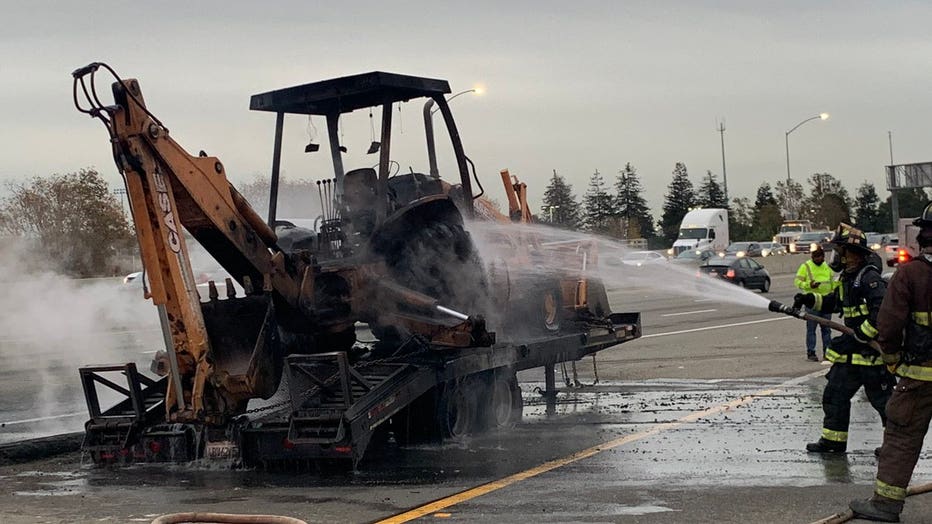