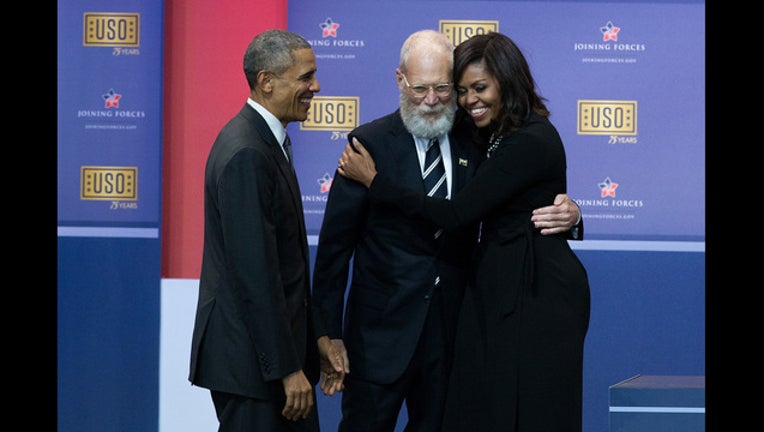 NEW YORK (AP) -- David Letterman has lined up former president Barack Obama to be his first guest when he returns to a TV talk show later this month.

Obama will join Letterman on Jan. 12 for the launch of the new "My Next Guest Needs No Introduction with David Letterman" on Netflix.

Other guests slated to be on the show include George Clooney, Malala Yousafzai, Jay-Z, Tina Fey and Howard Stern. In each hour-long episode, Letterman will conduct a long-form conversation with a single guest and explore topics of his own outside the studio.

It will be the first talk show Letterman has hosted since he stepped down from CBS' "Late Show with David Letterman" in May 2015.