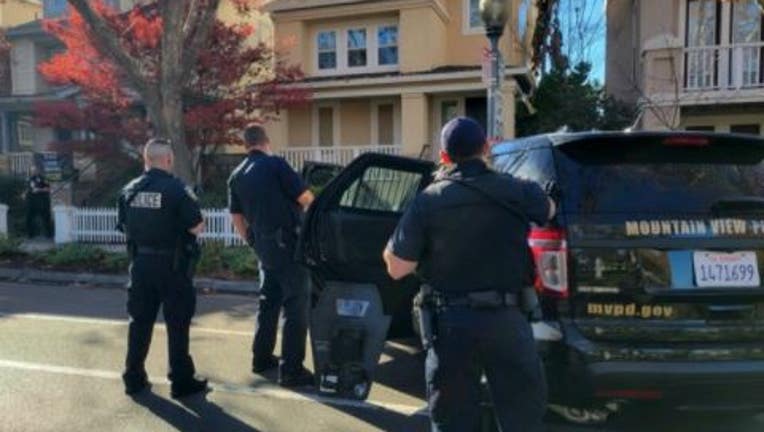 Mountain View police work to get a barricaded burglar out of a home on Front Lane. Dec. 1, 2021

MOUNTAIN VIEW, Calif. - A burglar appeared in a couple's Mountain View kitchen Wednesday morning and ended up being arrested after nearly four hours of a standoff, police said.

Police said the man, identified as 24-year-old Arizona resident Alexander Arnett, had entered a home on Front Lane before 8:45 a.m.

The couple called for help, telling police there was a stranger inside their kitchen.

Then the couple went into a bedroom and locked their door.

Mountain View firefighters arrived and helped the couple out.

Around 12:30 p.m., officers walked inside and Arnett walked out of the front door of the home. He was detained without incident, police said.

Police arrested him on suspicion of burglary, false imprisonment and making criminal threats. 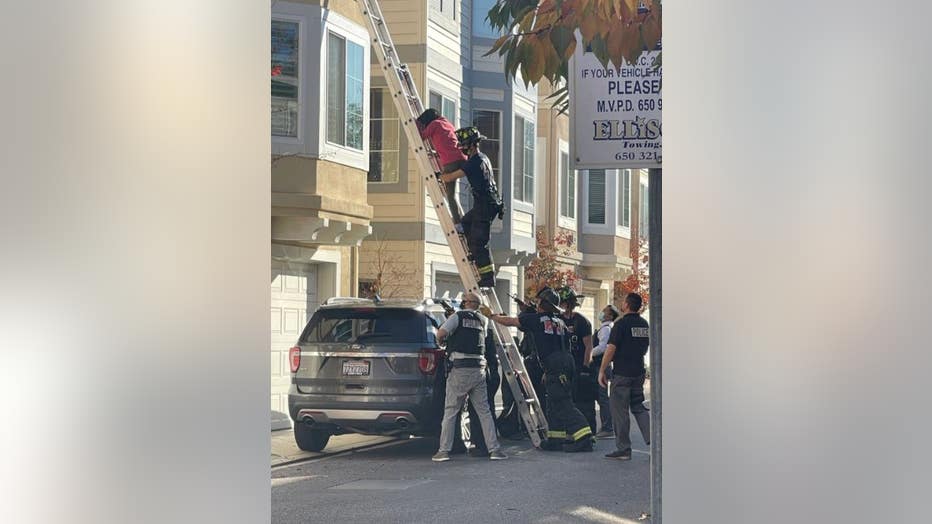