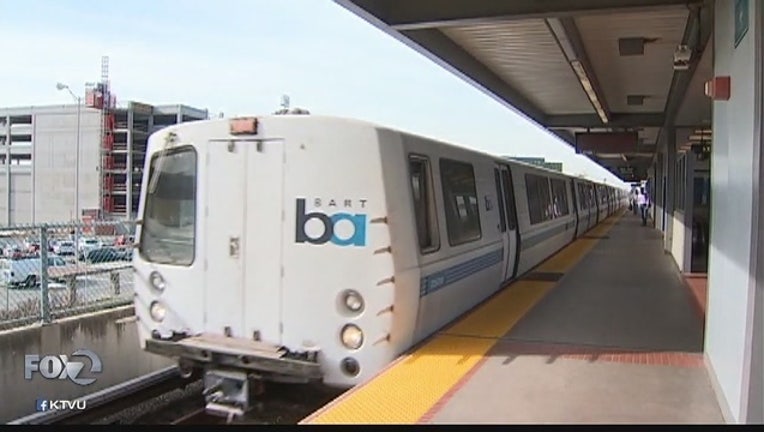 OAKLAND, Calif. (BCN) - More bikes and fewer seats on trains continue to be priorities for the BART board of directors, which voted today to increase the number of bike parking spaces and to remove thousands of seats from hundreds of trains.

In a unanimous vote, the nine BART directors decided to move forward with a nearly $500,000 plan to add 20 new electronic shared use bike lockers, which will add spaces for 80 bikes. BART currently operates 1,465 lockers at 37 stations.

The vote also authorized upgrades to 250 existing lockers to improve security and solar battery charging capability. It also added Clipper Card payment compatibilities to those lockers for the eventual expansion of a pilot project currently underway at the North Berkeley and Rockridge stations.

"I'm very excited about this," said BART board President Rebecca Saltzman, who noted that she has received a lot of feedback from BART riders who are equally enthusiastic about the plan.

As with car parking, the bike spaces, built by eLock Technologies of Berkeley and managed by BART via the BikeLink operating system, have become extremely popular with riders and tend to fill up quickly during the weekday morning commute.

"The BikeLink lockers are oversubscribed," said Director Robert Raburn. "At many stations, like MacArthur, if you show up after 8:30 you're out of luck."

While the plan passed unanimously, several directors voiced concern that it was approved as a "sole source" project, meaning that it wasn't put up for a competitive bid. Saltzman suggested that in the future, similar projects should be evaluated to see if other manufacturers might be available to engage in a bidding process.

In a separate action, the board voted 7 to 1 to spend nearly $1.7 million on a project that would remove 2,520 seats from its cars to make more space available for its ridership, which last year comprised an estimated 430,000 weekday passengers, an increase of about 100,000 from 2010.

The plan will only cost BART about $200,000, however, with the rest of the money coming from federal sources via the Metropolitan Transportation Commission, the Bay Area's regional transportation planning and funding body.

The seats will be removed from just one side of each of the 360 cars involved in the project and will be taken from the middle sections in order to eliminate passenger "choke points" and will free up space for an additional 14 people per car.

Based on the increased number of tickets that could be sold as a result of the project, BART officials estimate that the agency could pull in as much as $9.6 million per year.

The seat removal, anticipated to take anywhere from nine months to one year, is intended to ease overcrowding until BART can add additional cars to its fleet. That process is currently expected to deliver 230 new cars to BART by the end of 2018 and wrap up by 2023.

"This is the most cost effective, highest impact way we can increase capacity," said Director Nick Josefowitz, who noted that the proposal is "somewhat controversial."

The sole dissenting vote, however, came from Director Joel Keller, who doubts the revenue generated by the project will be anywhere near the estimated amount.

"We're not going to increase the fare box by $9.62 million by taking out a bunch of seats," Keller said. "We're not expanding the ability of the fleet to take on new riders... This proposal is intended to accommodate the existing ridership."

Keller also voiced concerns that the project was based, in part, on a survey of several thousand passengers, 54 percent of whom said they liked the option the BART board approved today.

"We're inconveniencing a lot of the riders who never had the opportunity to weigh in on this to get brief relief for a year," Keller said.