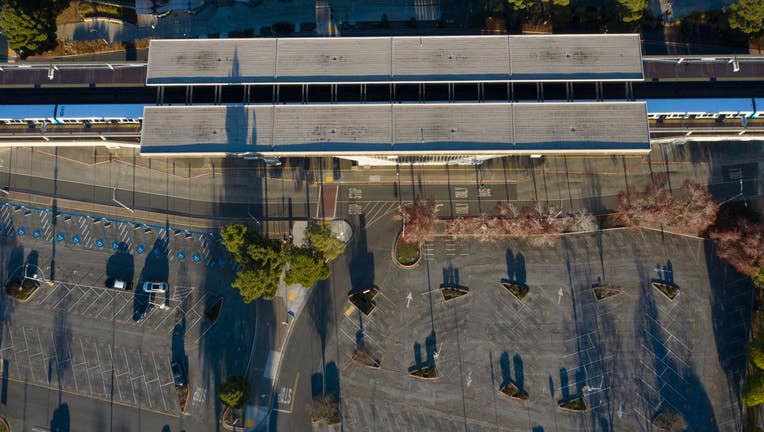 EL CERRITO, CA - JANUARY 13: The El Cerrito BART station and parking lot are seen from this drone view on Wednesday, Jan. 13, 2021. BART is planning to build 800 housing units on the parking lot. (Jane Tyska/Digital First Media/East Bay Times via Get

EL CERRITO, Calif. - BART is seeking public feedback through Jan. 8 on the draft corridor access plan for the planned housing developments at three stations in Berkeley and El Cerrito.

The online open house is the third and final survey for the project and will give BART feedback on the best ways to help riders get to and from the El Cerrito Plaza, North Berkeley and Ashby stations after the housing developments are built on each station's respective parking lot.   Previous online open houses were intended to teach residents and BART riders about the planned developments and allow them to give input on their needs for accessing the three stations.

BART plans to build some 2,500 housing units along with retail and community space on the surface parking lots at all three stations over the next several years.

The developments will not replace all existing parking spaces at the three stations, although BART does plan to build a multi-level parking garage at the El Cerrito Plaza station.

BART officials have argued that the developments will make it easier for residents to avoid driving in favor of using public transportation methods and will reduce pollution and traffic congestion as a result.

The online open house and survey are accessible at https://bartberkeleyelcerritocap.participate.online. BART also offers language assistance and translation services at (510) 464-6752.