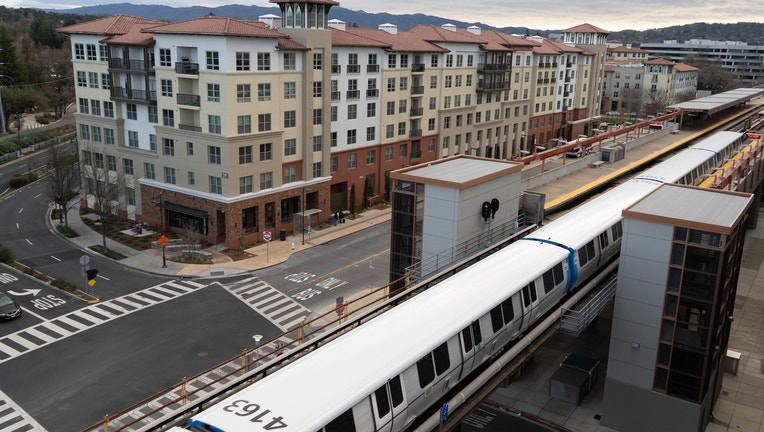 OAKLAND, Calif. - All BART stations are on track to have WiFi networks installed by 2024, officials with the transit agency said Thursday.

Providing wireless internet service in all BART stations and on the agency's new fleet of trains is part of the agency's Digital Railway program, which is intended to modernize the BART system by making it easier for riders to make calls, text and use the internet.

BART plans to leverage its existing partnerships with telecommunications companies like Verizon and AT&T to enhance wireless service throughout the system as well as in other local transit agencies like the San Francisco Municipal Transportation Agency.

"We want to keep pace with modern technology and make sure that people can use the devices that they love and enjoy," said Travis Engstrom, BART's director of technology, to the BART Board of Directors on Thursday.

The board originally approved the Digital Railway program in January 2020.

One pandemic and 18 months later, Engstrom said Thursday that the agency plans to launch the first of the Digital Railway's four parts, which includes installing wireless phone service in Muni's underground, by the middle of next year.

"This service will make sure that riders that normally, today, have long periods of no connectivity on those trains, they'll be able to have cellular service in the underground," he said.

For BART, its first segment of the Digital Railway program includes beginning installation of wireless internet service in late 2022 in the downtown San Francisco BART stations, with the goal of having all stations complete by 2024.

In addition, the agency also plans to install wireless service-boosting poles along its train routes by 2025 that will enable riders to utilize BART's WiFi network on any route.

BART also plans to install new fiber optic cable within the system by 2023 to boost cellular service and speed even higher.

It will take roughly four weeks per station to install in-station WiFi throughout the system, Engstrom said, adding that the service will be free and will not include internet speed tiers unless the BART board approves them.

"I'd be really careful about having any kind of tiered service," Janice Li, a BART board director. "I want to make sure that this is a benefit that all of our riders can access as equally as possible."