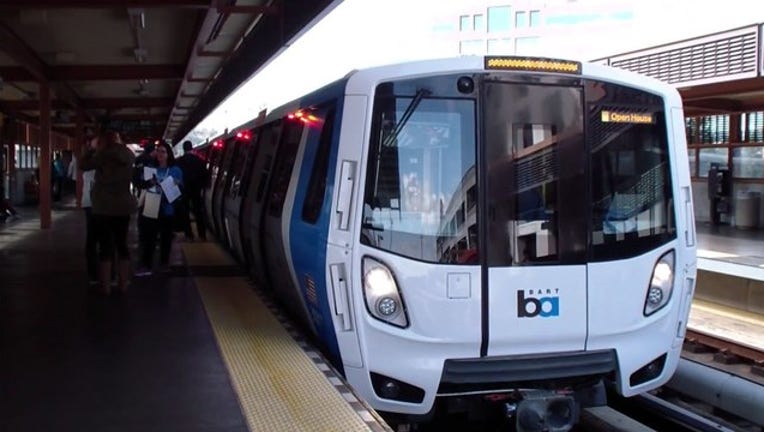 SAN FRANCISCO - As the pandemic eases, BART will ramp up its service with restoration to near pre-pandemic levels by August 30, transit officials announced on Monday.

Bay Area Rapid Transit (BART) is seeing its ridership increase to its highest levels since the beginning of the COVID-19 pandemic, which caused ridership to plummet in March of 2020.

Last week, BART reported record weekday ridership on Thursday with 64,070 customers. They broke that record the next day with 65,628 riders on May 7. They've since seen record weekend ridership for Saturday and Sunday each.

Low ridership during the pandemic was exacerbated by employers who shifted their staff to work from home as a safety precaution. However, not everyone in the workforce was fortunate enough to have a job where working from home was possible.

Instead, service industry employees, medical workers and others who rely on public transportation have endured the transit system's service cuts that have not seen trains roll past 9 p.m. in 14 months. And if you're waiting on the platform for a train, those waits are typically 30 minutes in between rides, when the wait was normally half that time.

But relief is on the way and some improvements start as early as this weekend.

BART will reopen all Embarcadero and Montgomery station entrances and one center entrance at Powell station on May 15 to coincide with the return of some San Francisco Municipal Transportation Agency (Muni) underground service. BART will open all remaining closed entrances on June 14.

Between June 1 and June 15, BART says it will add 26 new weekday trips, which will expand 15 minute frequency on the yellow, green and red lines with Antioch, Berryessa/North San Jose, and Richmond as their final destinations. Those are lines with the highest ridership. Saturday service gets 15 new trips. Transit officials note these are all long trains to promote physical distance between passengers.

There will be 15 minute weekday frequencies on all lines from 5 a.m. to 8 p.m. starting August 30. And trains will be added to Saturday 5-line service during peak hours for 15-minute frequency.

To further encourage ridership, BART will offer a 50% discount for all Clipper Card fares during the month of September.