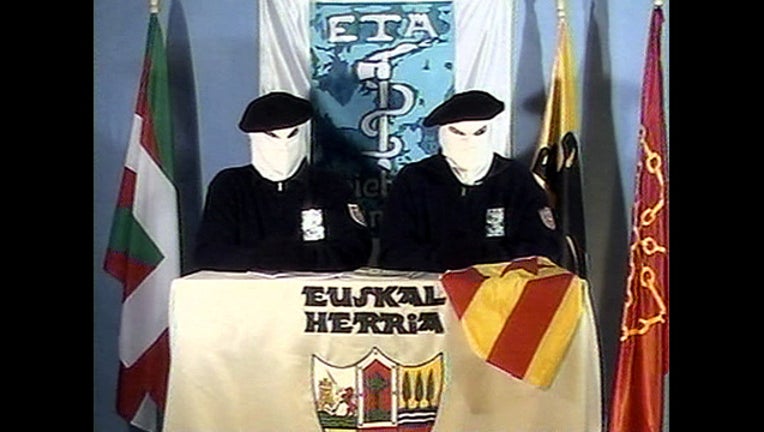 MADRID (AP) -- The Basque separatist group ETA says it has given up its entire arsenal of weapons and explosives to civil society groups -- but warns the process isn't formally complete.

The BBC's website is carrying the ETA's first public communique in the 5 1/2 years since it gave up the violence it waged to achieve an independent Basque state.

Self-described "peace artisans" earlier announced a disarmament strategy in France, but ETA had not confirmed it directly.

The letter dated Friday is signed with ETA's seal. It says "disarmament day" is Saturday, but says that could still be derailed by what it calls "the enemies of peace."

ETA killed 829 people and wounded many others over 43 years of armed struggle.