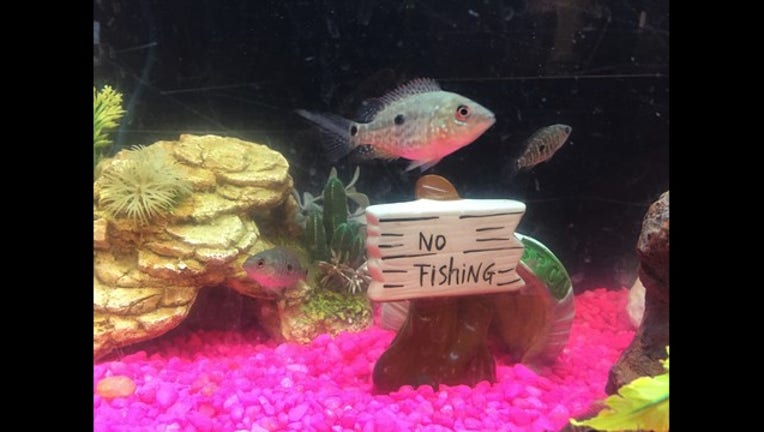 The package came from an unidentified person in Maryland and was supposed to arrive in Hawaii. But a postal worker noticed that the box was battered and upon further inspection saw that there were 12 dead tropical fish inside, prompting a call to the Peninsula Humane Society & Society, spokeswoman Buffy Martin Tarbox said in a statement.

Spefically, those fish were "Umbee Cichlids," an aggressive fish from South America that can live up to ten years, enjoy large, decorative tanks and have earned the reputation of having “muscle with attitude. Their large and predatory nature has made it best for them to stay in tanks separate from other fish, according to the humane society. It is not illegal to ship live animals, or  in this case, live fish, through the mail, Tarbox said, but it's not very "good practice."

Humane society staff were able to track down the man who shipped the package, Tarbox said, but he decided to "surrender the fish" instead of running the risk of "more casualties." Twenty seven of the fish survived the journey.

They are now up for adoption at the humane society and cost $5 per fish. Owners with experience with this breed are recommended. For more information, click here.