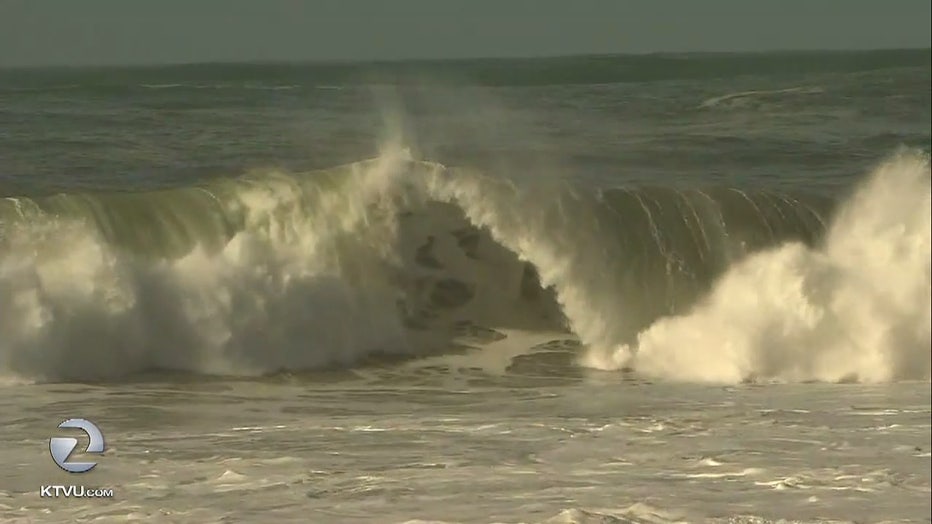 The National Weather Service (NWS) issued its "Beach Hazard Statement" for west to northwest facing beaches along the Central Coast from Sonoma County down to Monterey County. That included Ocean Beach in San Francisco, Montara State Beach, north of Half Moon Bay in San Mateo County, as well as Marina State Beach in Monterey County.

"After a fairly quiet summer in terms of swell, the first larger northwest swell of the season will arrive Monday night," officials with the NWS's San Francisco office said, noting that swell heights were expected to reach up to 10 feet at 13 to 15 seconds.

"This will generate breaking waves larger than we’ve seen in a while at potentially 13 to 17 feet depending on location," officials warned.

Strong northwest winds in the wake of a passing cold front could also lead to increased wave run-ups, adding to the dangerous conditions, the weather service said.

Officials urged beach goers to stay off coastal jetties, keep a close eye on pets, and never turn their backs to the ocean.

The Beach Hazards Statement was set to expire Tuesday at 11 p.m. with swell heights expected to subside into Wednesday.