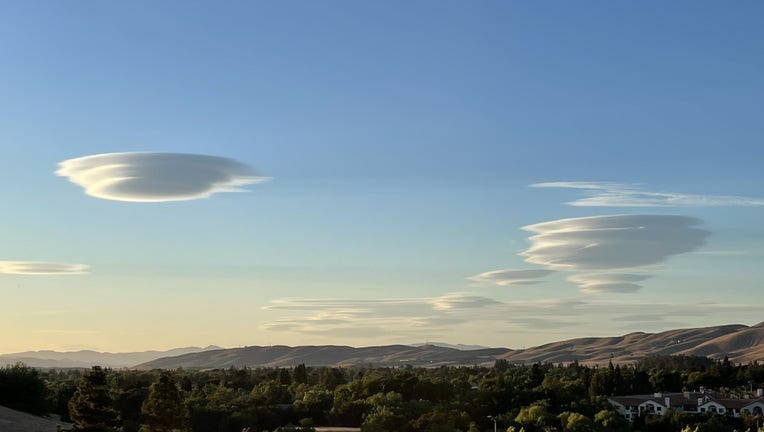 SAN FRANCISCO - Some people in the Bay Area were perplexed by the sight of lenticular clouds in the sky Monday evening. It's not exactly a common sight to see them so prominently as KTVU Meteorologist Mark Tamayo put it.

National Weather Service Bay Area was prompted to share their own view of this sight to behold in GIF format. They say the Altocumulus Standing Lenticular clouds (that's their official name) were seen just inland from the North Bay and over the western Central Valley this evening as the sun set.

NWS elaborated by offering this esoteric explanation full of scientific jargon: "they are associated with waves in the atmosphere that develop when relatively stable, fast moving air is forced up and over a topographic barrier that is oriented more or less perpendicular to the direction from which the upper-level wind is blowing."

This post on lenticular clouds goes on to explain their stationary appearance.

The clouds' shape is saucer like and have a stacked effect. Our own Rosemary Orozco put it in layman's terms when she responded to a tweet where someone asked what his 12-year-old son was seeing from the Oakland Hills. She said it's a, "stationary cloud that typically forms in parallel alignment to the wind."

Many on social media shared photos of this atmospheric spectacle. Some compared them to being UFO-like. But no, they're "not UFOs" as KTVU crime reporter Henry Lee was quick to quip when he retorted to Twitter user @stephansr, who jokingly seemed concerned, when he shared his stunning array of clouds on the social media platform.

KTVU viewer Willie got a good look of two formations stacked upon one another from San Francisco's Crissy Field. 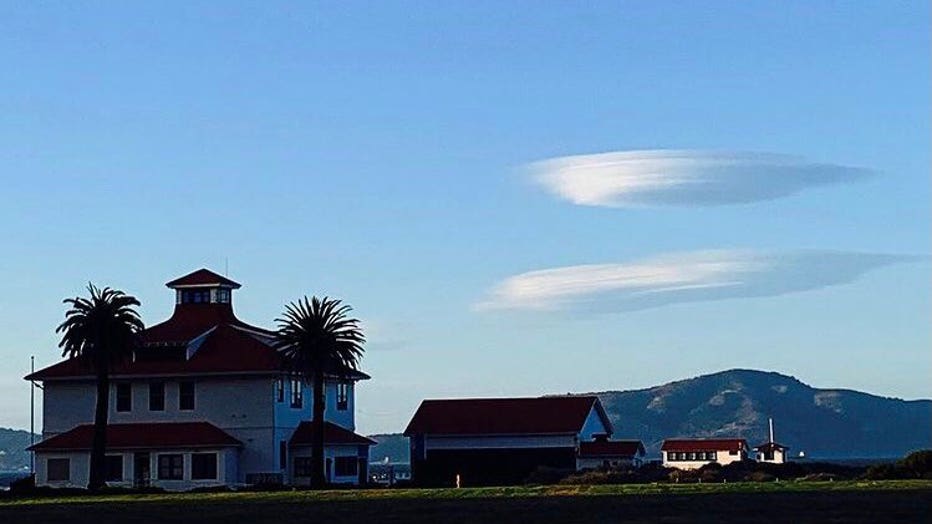 Viewer Donna Zinman called it like she saw it when she submitted, "spaceship cloud over Moraga." 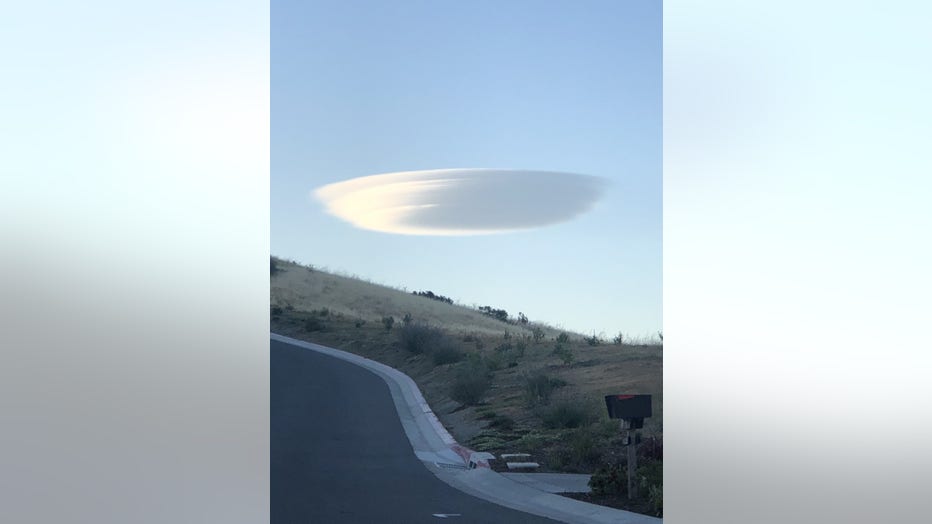 Perhaps the most striking and composed images came in from KTVU viewer Maribeth out of Concord. Her photos of the lenticulars looked almost otherworldly and animated. 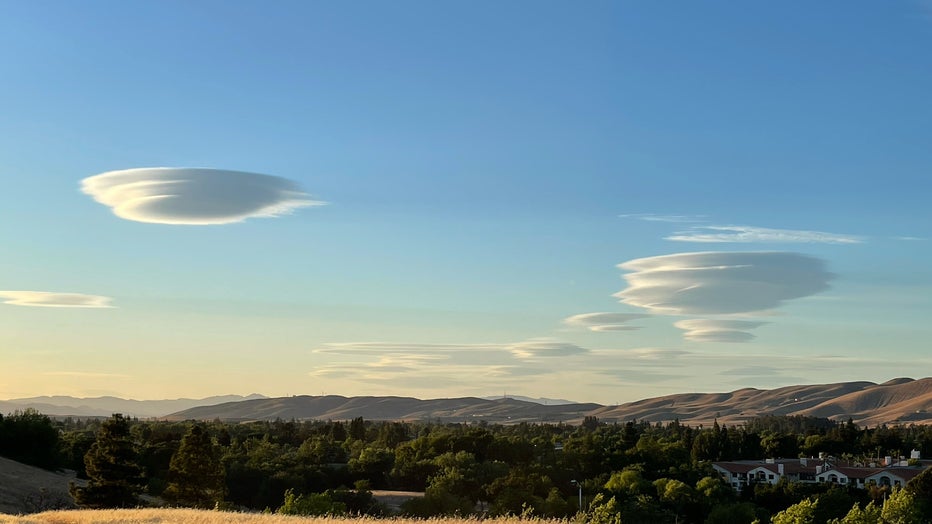 Pancake clouds, UFOs, whatever you like to call them, it's pretty neat to see something special and different in the sky.