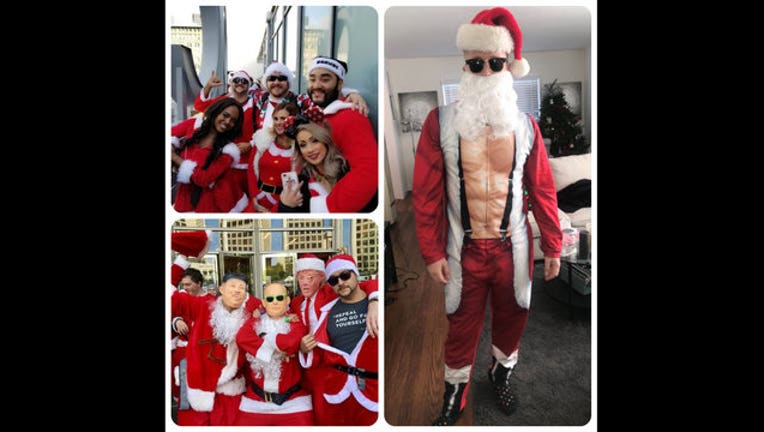 San Francisco, Benicia, Santa Rosa and Yountville are all holding their own SantaCon on Saturday.

Organizers say in San Francisco, as many as 8,000 people will dress up as Kris Kringle and spread the holiday cheer as they hop from bar to bar.

The popular pub crawl began at noon in union square, the may jolly folks made their presence known far earlier.

Participants are asked to go all out and wear a full Santa suit -- not just a Santa hat or t-shirt. They are also encouraged to bring a toy for the Toys for Tots program.