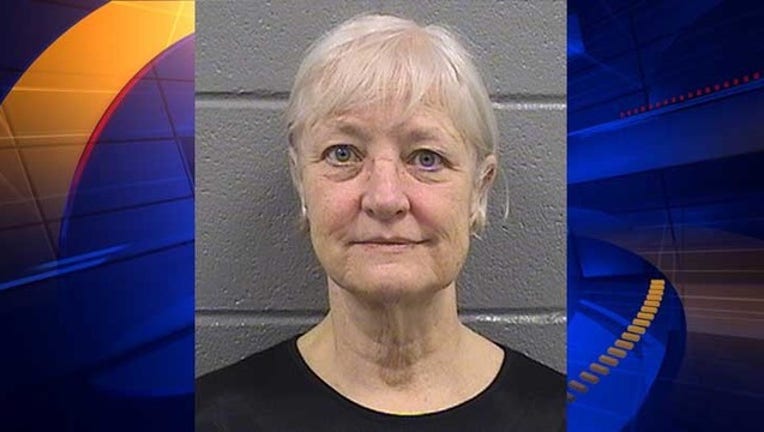 CHICAGO (AP) — A woman with a history of trying to sneak onto planes without a ticket has been arrested twice in recent days at both of Chicago's international airports after being spotted loitering in terminal areas, police said Wednesday.

Marilyn Hartman, 63, was arrested April 24 after she was seen lingering in a restricted area near a ticketing counter inside O'Hare's international terminal, said Chicago police spokeswoman Janel Sedevic. She was charged with misdemeanor criminal trespassing on state land and released after a bond hearing. She was arrested again on Sunday at Midway airport after Transportation Security Administration staff spotted her loitering near a checkpoint.

She was charged with the same offense in addition to violating her bail bond. She is being held in the Cook County jail and it was not immediately clear if she had an attorney who could comment on her behalf. Her next court appearance was scheduled for Thursday.

Hartman has tried several times in recent years to board flights without a ticket. She has succeeded at least once, getting on a Southwest Airlines flight from San Jose to Los Angeles in August.

In that incident, she slipped past an agent who was checking a family's boarding passes at Mineta San Jose International Airport, went through electronic security screening and then somehow got past a gate agent. She was discovered only after landing at Los Angeles International Airport.

A judge gave her two years of probation, which she violated days later by reappearing at LAX. She was then sentenced to jail time but was released early because of overcrowding at the facility.

In February 2014 she made it into an airplane seat for a Hawaii-bound flight at the San Francisco International Airport but was discovered when the actual ticket holder showed up and was removed before takeoff.

On other occasions, she was arrested after raising suspicions by loitering in terminals without a boarding pass.

After an August arrest in Phoenix, Hartman told reporters in a teary and rambling explanation of her behavior that she suffered from a mental illness and had been medically diagnosed with major depression. She also said she believed authorities were purposely allowing her to be a plane stowaway so they could arrest her.

Authorities placed Hartman in treatment for mental disorders in May 2014 but said she stopped attending after several months.

In the past, she has also said that homelessness drove her to take "desperate measures" and that she feels safer being in airports than in the streets.