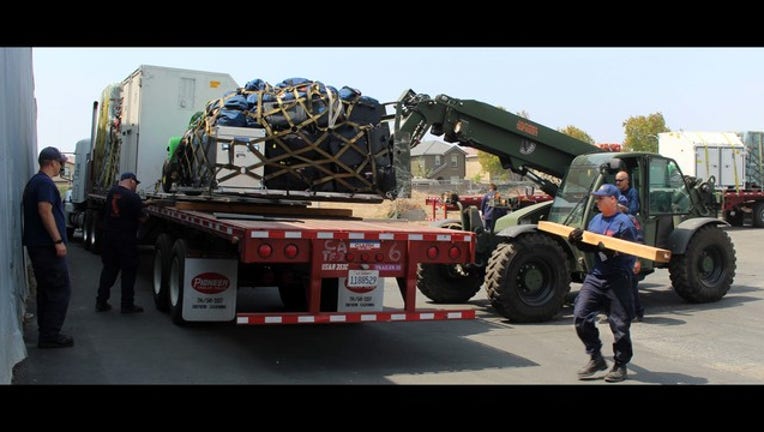 MENLO PARK (BCN) An urban search and rescue task force based in Menlo Park was deployed Wednesday to Oahu, Hawaii, ahead of Hurricane Lane, whose outer bands are expected to hit Maui and the big island of Hawaii early Thursday morning, fire and weather officials said.

As of 8:34 p.m., Hurricane Lane was a Category 4 storm with maximum sustained winds of 145 mph, National Weather Service meteorologist Will Pi said.

The U.S. has 28 task forces with eight in California and two in the Bay Area, fire officials said.

"The task forces are the Swiss Army knives of technical rescue operations and this configuration is specific to a smaller, more focused, water rescue capable unit that can operate in a dynamic field environment for 10 to 14 days," Menlo Park Fire Protection District Chief Harold Schapelhouman said in a statement.

Pi said Hurricane Lane is expected to drop 15 to 20 inches of rain on Maui and the west side of Hawaii, while Oahu is expected to get 10 to 15 inches rain.