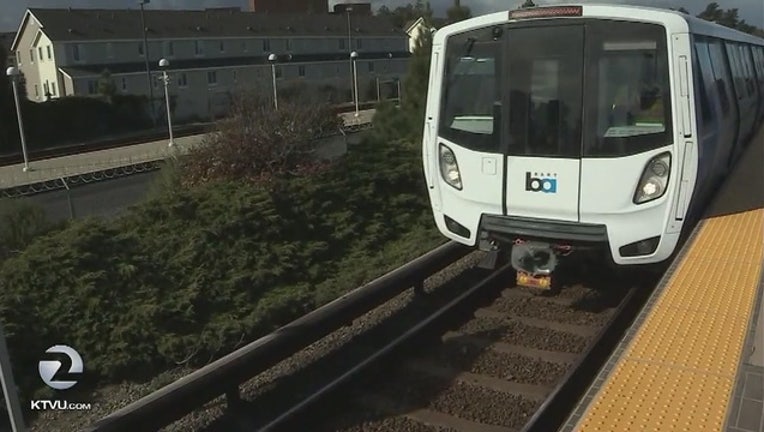 SAN FRANCISCO (BCN) - The California State Transportation Agency on Thursday announced it would give out more than $2.6 billion to 28 transit agencies statewide, including the San Francisco Municipal Transit Agency, Caltrain and BART, as well as several other Bay Area agencies.

The grant funding is part of the Transit and Intercity Rail Capacity Program and will go toward expanding rail capacity and reducing congestion, according to CalSTA officials.

As part of the funding, $318,600,000 will go toward Bart's Transbay Corridor Core Capacity Program to fund the purchase of new BART cars and to modernize BART's control system.

"This is great news for San Francisco and Bay Area residents who want more public transportation and less congestion. With this funding, we can expand capacity on our regional and local rail lines, so that we can get more people onto trains and off our grid-locked streets," State Sen. Scott Wiener, D-San Francisco, said in a statement.

"When the legislature stepped up and passed Senate Bill 1 and extended Cap and Trade last year, these are exactly the kinds of public transportation projects I wanted to see fund," Wiener said, referring to the Road and Repair Accountability Act of 2017.

--The Alameda Contra Costa Transit District with $14 million toward the purchase of 45 zero-emission buses.

--The Capitol Corridor Joint Powers Authority with $80,340,000 for rail projects that would increase ridership, such as moving Capitol Corridor trains to a faster Oakland to San Jose corridor and statewide service and ticket integration that help riders purchase tickets for different rail and transit systems in single transaction.

--The Livermore Amador Valley Transit Authority with $20,500,000 for the construction of a new multi-level parking structure at the Dublin-Pleasanton BART station.

--The Solano Transportation Authority with $10,788,000 for increasing frequency and reducing travel time, using zero-emission vehicles, on the SolanoExpress system.

--The Sonoma-Marin Area Rail Transit District with $21 million for completing critical rail segments and extending service into Larkspur to the south and Healdsburg and Cloverdale to the north.

The Transit and Intercity Rail Capacity Program is funded by revenue from SB 1 and proceeds from the Cap and Trade program, CalSTA officials said.