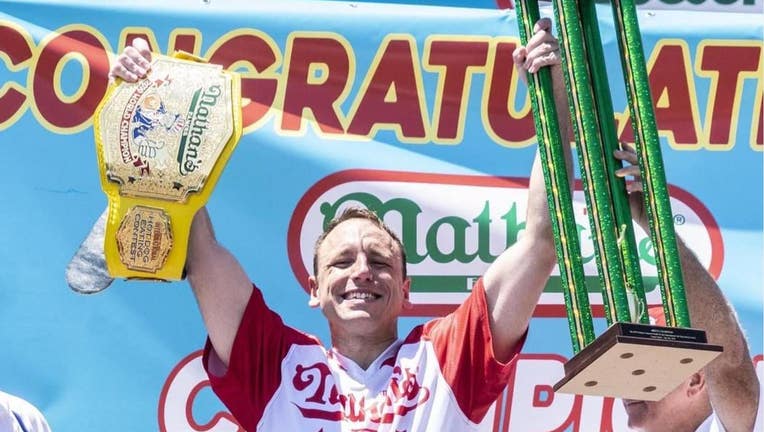 NEW YORK - The 14-time world hotdog eating champion will defend his title on crutches this year.

The world's top ranked eater said he ruptured a tendon. 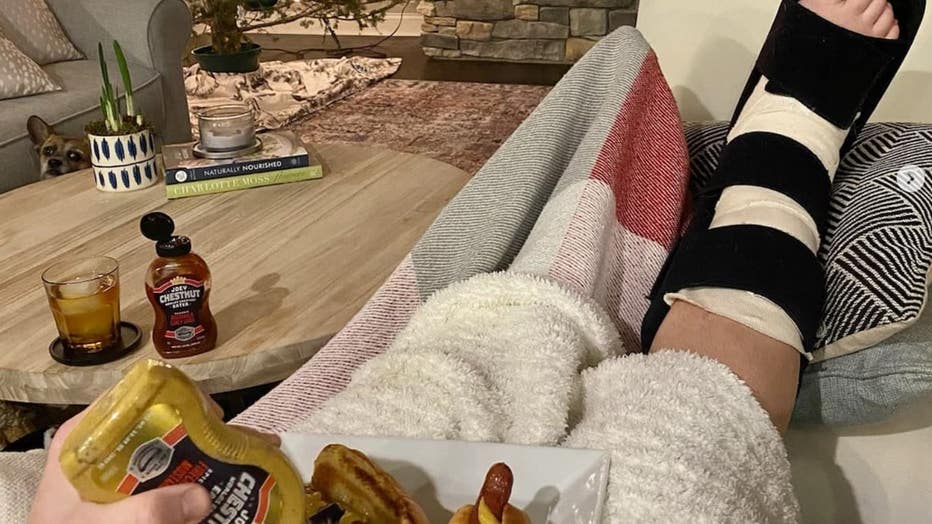 Chestnut posted on Instagram during Christmas, that he took a bad spill down a hill.

The 4th of July tradition on Coney Island draws thousands of spectators cheering on competitive eaters as they slam hot dogs and buns.

Chestnut, 38, of San Jose, broke his own world record last year by consuming an incredible 76 hot dogs and buns in just 10 minutes.

He started his competitive eating career while he was a student at San Jose State.

The women’s division offers a highly anticipated grudge match of the gullet between 2021 champion Michelle Lesco and the dynastic Miki Sudo, who won seven straight titles from 2014 to 2021.