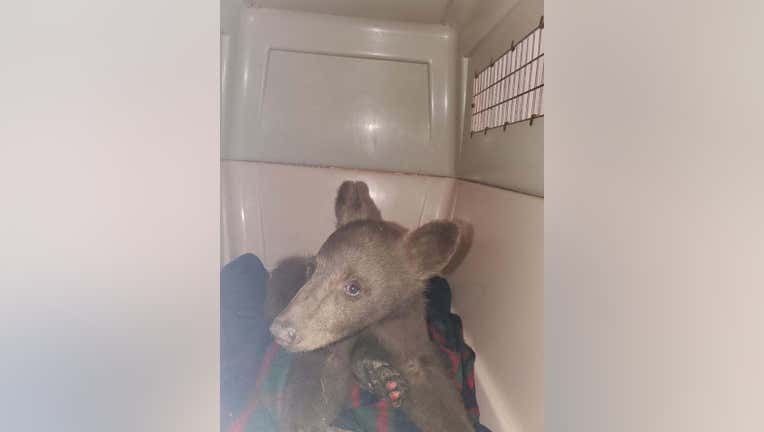 SOUTH LAKE TAHOE, Calif. - An injured bear cub that was rescued after it suffered burns in a California wildfire is being nursed back to health at a wildlife center at Lake Tahoe.

Officials at Lake Tahoe Wildlife Care have named the young bear "Tamarack" after the fire that burned through the Sierra south of the lake and into Nevada.

A Markleeville homeowner telephoned the center Sunday night after returning from an evacuation and finding the cub walking on its elbows because of burns on its paws, said Denise Upton, the center's animal care director. 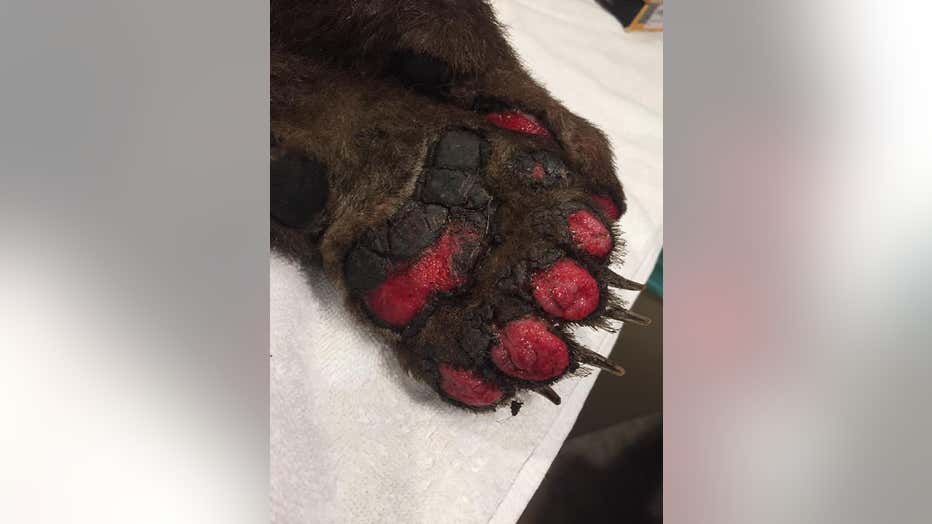 They called the fire incident commander, who escorted them into the closed area where they found the cub in the home’s backyard. The cub tried to climb a tree but couldn’t because of his wounds, Upton told the Tahoe Daily Tribune.

A veterinarian wrapped his burned paws and gave him painkillers. Upton said they're working with UC Davis to get a skin treatment that will speed healing. 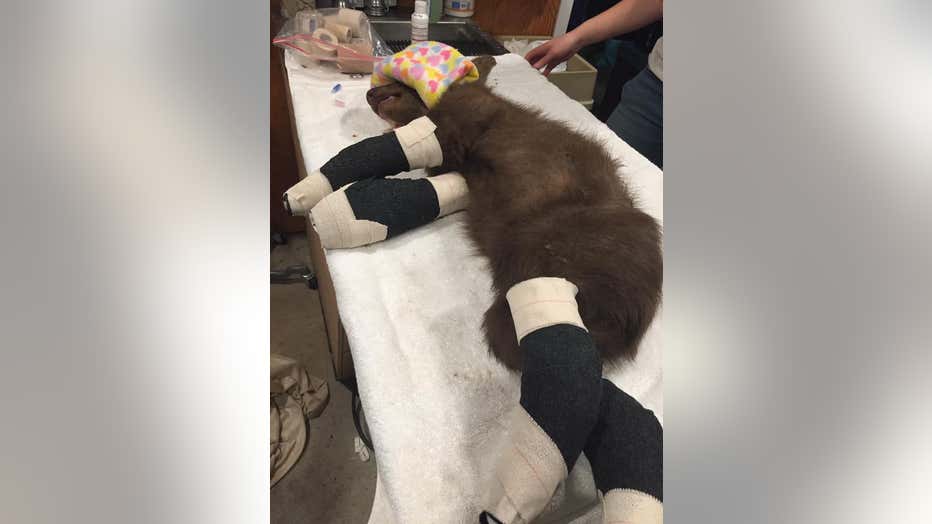 "He came to us underweight ... and was dehydrated," Upton said. "But other than that, he was in pretty good condition."

Lake Tahoe Wildlife Care will likely keep the bear through winter and release him in the spring, she said.