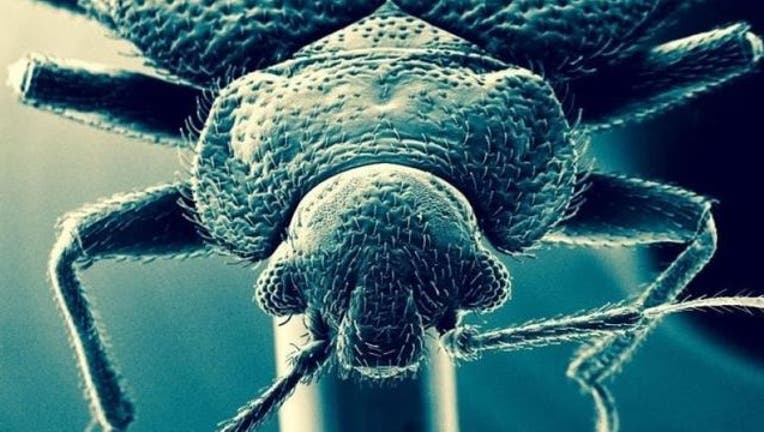 (FoxNews.com) - Using high-tech scanning equipment, scientists in Australia have discovered that in the battle between bed bugs and humans, some of the insects wield thicker exoskeletons, making them more resistant to insecticide.

Bed bugs are a source of itchy misery and expense for those whose homes are infested, and the number of such infestations have increased in a “dramatic” way since 2000, according to a new study in the journal PLOS ONE.

To better understand what makes some bedbugs more resistant than others, scientists at the University of Sydney conducted an experiment. They used bed bugs that were obtained in 2012 in suburban Australia from a “single, domestic, field infestation” as well as a laboratory strain, the study reports. Before the testing, they even let the bugs have a “blood meal” from anesthetized rats.

They then tested the bugs’ resistance to insecticide by putting them on paper treated with the toxin. While they found that the laboratory strain of bedbug succumbed quickly to insecticide, the responses from the wild bugs varied. Depending on how long it took those bugs to get knocked down by the toxin, the scientists divided them into groups they dubbed intolerant, tolerant, and resistant.