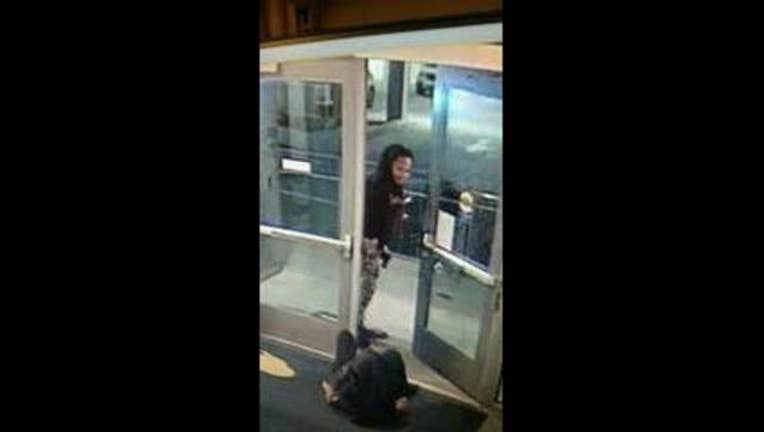 Police are looking for an attempted armed robbery suspect. Photo courtesy of University of California police.

BERKELEY, Calif. (BCN) - A suspected attempted armed robbery early this morning in Berkeley has police on the lookout for a male suspect, University of California police said.

University police received a report at 4:50 a.m. of an attempted armed robbery that occurred at about 4:30 a.m. at College Avenue and Channing Way in the city of Berkeley.

Police said the victim was a student who fought off a suspect wielding a black handgun and who was able to escape into a student residence hall at unit 1.

Police are describing the suspect as a man in his 20s with a light complexion and short dark hair, which may have been in cornrows.

The man was about 5 feet 8 inches tall, 175 pounds wearing a black hooded sweatshirt with red writing on the front, acid washed jeans, black shoes and a handgun in his left hand.

Anyone with information about the attempted armed robbery is asked to get in touch with the University of California Police Department's criminal investigation bureau.