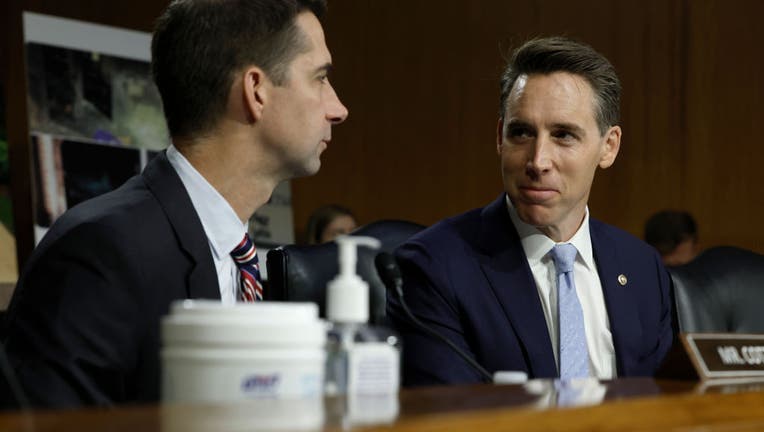 The discussion on abortion access between the two quickly became tense as Hawley and Bridges debated who is able to become pregnant. Bridges had said pregnancy and abortions are issues that affect trans men as well as women.

Bridges warned that Hawley's line of questioning "opens up trans-people to violence."

"Now Professor Bridges, you’ve used a line several times that I want to make sure I understand," said Hawley. "You’ve referred to people with a capacity for pregnancy. Would that be women?"

"I’m denying that trans people exist by asking if women can have pregnancies?" asked Hawley.

Bridges then began briefly questioning Hawley. "You believe that men can get pregnant?" asked Bridges.

The two began talking over each other toward the end of the discussion.

Hawley went on, asking Bridges if she runs her classroom in the same way that she addressed him.

"We have a good time in my class," Bridges answered. "You should join. You’d learn a lot."

"I bet I would learn a lot," said Hawley while chuckling. "I've learned a lot during this exchange. Extraordinary."

In a Tweet later, Hawley said "Democrats say what they really think… and if you disagree you are 'transphobic' and responsible for violence."

Halwey and Bridges have not responded to KTVU's inquires for comment.