Vishal Garg, the CEO of mortgage company Better.com who was recently criticized after he reportedly informed roughly 900 employees of their termination over a Zoom call, has apologized for failing to show them "the appropriate amount of respect and appreciation."

"I want to apologize for the way I handled the layoffs last week," Garg wrote in a letter posted on the company’s website. "I failed to show the appropriate amount of respect and appreciation for the individuals who were affected and for their contributions to Better. I own the decision to do the layoffs, but in communicating it I blundered the execution. In doing so, I embarrassed you."

He added that the way the news was communicated "made a difficult situation worse."

"I am deeply sorry and am committed to learning from this situation and doing more to be the leader that you expect me to be," Garg wrote.

Garg, who founded the company in 2016, was seen in a video that emerged earlier this week telling his employees of their termination. During the Zoom call, Garg could be heard telling them that he did not have "great news" and said the last time he was forced to make a similar announcement, he cried.

"The market has changed, as you know, and we have to move with it in order to survive," he says in the video, adding that if they were watching him, it meant they had been laid off. About 9% of the company was let go, reports said.

A now-former employee on the call described the meeting as "three minutes tops" in an interview with the Daily Beast.

"They dumped us like trash. We were there since the beginning and worked hard for the company and for our roles," another told the website

The Sacramento Bee reported that the company has offices in three states and recently received a $750 million cash infusion.

Kevin Ryan, the company’s CFO, told the website that "having to conduct layoffs is gut-wrenching, especially this time of year, however a fortress balance sheet and a reduced and focused workforce together set us up to play offense going into a radically evolving homeownership market." 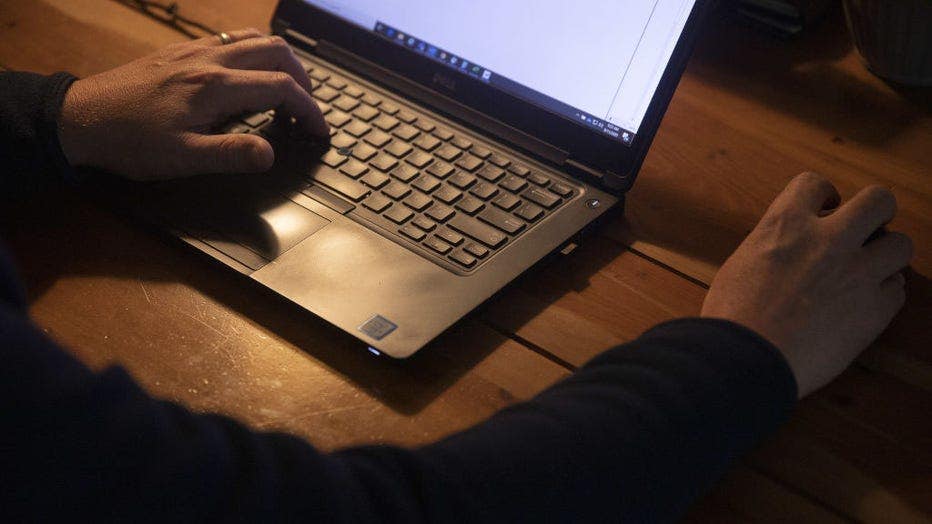 FILE - A person works from home on a laptop computer in Princeton, Illinois, on Sept. 11, 2020. Photographer: Daniel Acker/Bloomberg via Getty Images

Garg launched Better.com when he and his wife struggled with their own mortgage experience, having lost their bid on a home to an all-cash buyer "because the traditional mortgage process is long and sometimes difficult to understand," according to an online bio.

He was awarded the 2019 HousingWire Vanguard Award, which is one of the top achievements for housing professionals.

Better.com has done over $46.9 billion in home loans since its launch, the company says.