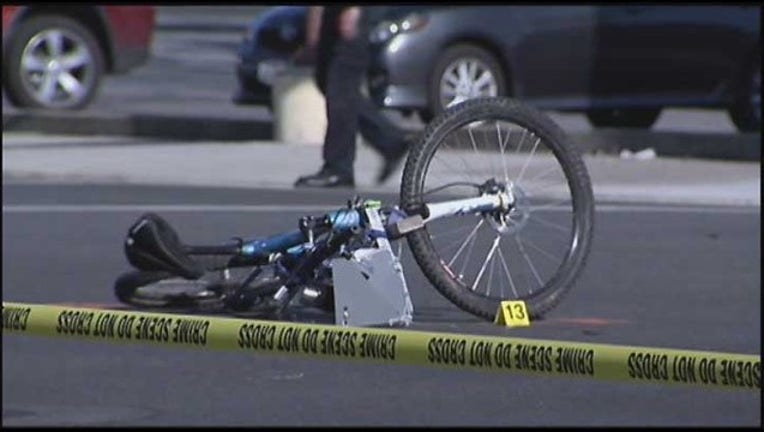 SUNNYVALE, Calif. (KTVU and wires) -- A man died early Monday when his bicycle was struck by a car on a Sunnyvale street, authorities said.

The Sunnyvale Department of Public Safety reported that the collision between a car and bike occurred at West Fremont and South Mary avenues at 8:20 a.m.

The male adult cyclist suffered major injuries and was declared dead at the scene.

Investigators said the driver stayed at the scene and was cooperating with officers.

The name of the victim was being withheld until his next of kin could be notified.