Ayman al-Zawahri, an Egyptian surgeon who became a mastermind of jihad against the West and who took over as al-Qaida leader after Osama bin Laden’s death in a U.S. raid, has been killed. He was 71.

WASHINGTON - President Joe Biden announced Monday that al-Qaida leader Ayman al-Zawahri was killed in a U.S. drone strike in Kabul, an operation he hailed as delivering "justice" while expressing hope that it brings "one more measure of closure" to families of the victims of the Sept. 11, 2001, attacks on the United States.

The president said in an evening address from the White House that U.S. intelligence officials tracked al-Zawahri to a home in downtown Kabul where he was hiding out with his family. The president approved the operation last week and it was carried out Sunday.

Al-Zawahri and the better known Osama bin Laden plotted the 9/11 attacks that brought many ordinary Americans their first knowledge of al-Qaida. Bin Laden was killed in Pakistan on May 2, 2011, in operation carried out by U.S. Navy Seals after a nearly decade-long hunt.

"He will never again, never again, allow Afghanistan to become a terrorist safe haven because he is gone and we’re going to make sure that nothing else happens," Biden said.

"This terrorist leader is no more," he added.

Two intelligence sources tell Fox News Al Qaeda leader Ayman Al Zawahiri was killed in the CIA drone strike. "Over the weekend, the United States conducted a counterterrorism operation against a significant Al Qaeda target in Afghanistan," the senior administration official told Fox News. "The operation was successful and there were no civilian casualties." The Biden administration closed the U.S. Embassy in Kabul and withdrew all military assets from Afghanistan on Aug. 31, 2021, ending the United States' longest war.

The operation is a significant counterterrorism win for the Biden administration just 11 months after American troops left the country after a two-decade war.

The strike was carried out by the Central Intelligence Agency, according to five people familiar with the matter who spoke on the condition of anonymity. Neither Biden nor the White House detailed the CIA's involvement in the strike.

Biden, however, paid tribute to the U.S. intelligence community in his remarks, noting that "thanks to their extraordinary persistence and skill" the operation was a "success."

Al-Zawahri’s loss eliminates the figure who more than anyone shaped al-Qaida, first as bin Laden’s deputy since 1998, then as his successor. Together, he and bin Laden turned the jihadi movement’s guns to target the United States, carrying out the deadliest attack ever on American soil — the Sept. 11 suicide hijackings.

The house Al-Zawahri was in when he was killed was owned by a top aide to senior Taliban leader Sirajuddin Haqqani, according to a senior intelligence official. The official also added that a CIA ground team and aerial reconnaissance conducted after the drone strike confirmed al-Zawahri’s death.

A senior administration official who briefed reporters on the operation on condition of anonymity said "zero" U.S. personnel were in Kabul.

Over the 20-year war in Afghanistan, the U.S. targeted and splintered al-Qaida, sending leaders into hiding. But America’s exit from Afghanistan last September gave the extremist group the opportunity to rebuild. U.S. military officials, including Gen. Mark Milley, chairman of the Joint Chiefs of Staff, have said al-Qaida was trying to reconstitute in Afghanistan, where it faced limited threats from the now-ruling Taliban. Military leaders have warned that the group still aspired to attack the U.S. 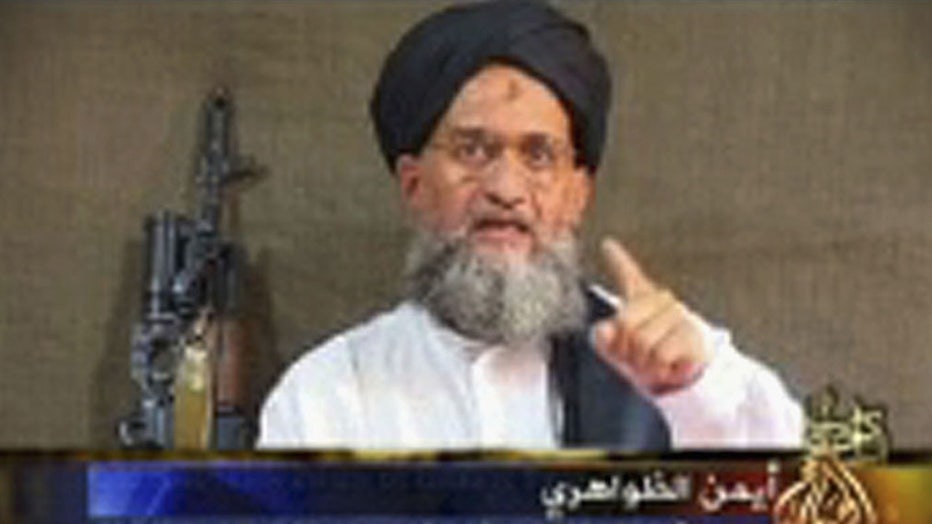 The 2001 attacks on the World Trade Center and Pentagon made bin Laden America’s Enemy No. 1. But he likely could never have carried it out without his deputy. Bin Laden provided al-Qaida with charisma and money, but al-Zawahri brought tactics and organizational skills needed to forge militants into a network of cells in countries around the world.

Earlier this year, U.S. officials learned that the terror leader’s wife, daughter and her children had relocated to a safe house in Kabul, according to the senior administration official who briefed reporters.

Sullivan brought the information to Biden as U.S. intelligence officials built "a pattern of life through multiple independent sources of information to inform the operation," the official said.

Senior Taliban figures were aware of al-Zawahri’s presence in Kabul, according to the official, who added the Taliban government was given no forewarning of the operation.

Inside the Biden administration, only a small group of officials at key agencies, as well as Vice President Kamala Harris, were brought into the process. 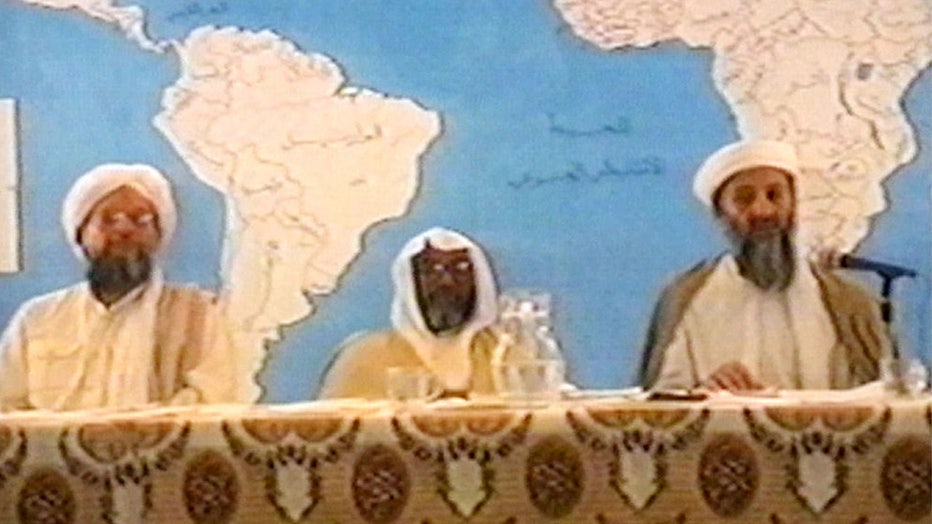 On July 1, Biden was briefed in the Situation Room about the planned operation, a briefing in which the president closely examined a model of the home Zawahri was hiding out in. He gave his final approval for the operation on Thursday. Al-Zawahri was standing on the balcony of his hideout when the strike was carried out.

"We make it clear again tonight: That no matter how long it takes, no matter where you hide, if you are a threat to our people, the United States will find you and take you out," Biden said.

Al-Zawahri was hardly a household name like bin Laden, but he played an enormous role in the terror group's operations.

The two terror leaders' bond was forged in the late 1980s, when al-Zawahri reportedly treated the Saudi millionaire bin Laden in the caves of Afghanistan as Soviet bombardment shook the mountains around them.

Zawahri, on the FBI’s Most Wanted Terrorist list, had a $25 million bounty on his head for any information that could be used to kill or capture him.

Al-Zawhiri and bin Laden plotted the 9/11 attacks that brought many ordinary Americans their first knowledge of al-Qaida.

Photos from the time often showed the glasses-wearing, mild-looking Egyptian doctor sitting by the side of bin Laden. Al-Zawahri had merged his group of Egyptian militants with bin Laden’s al-Qaida in the 1990s.

"The strong contingent of Egyptians applied organizational know-how, financial expertise, and military experience to wage a violent jihad against leaders whom the fighters considered to be un-Islamic and their patrons, especially the United States," Steven A. Cook wrote for the Council on Foreign Relations last year.

When the 2001 U.S. invasion of Afghanistan demolished al-Qaida’s safe haven and scattered, killed and captured its members, al-Zawahri ensured al-Qaida’s survival. He rebuilt its leadership in the Afghan-Pakistan border region and installed allies as lieutenants in key positions. 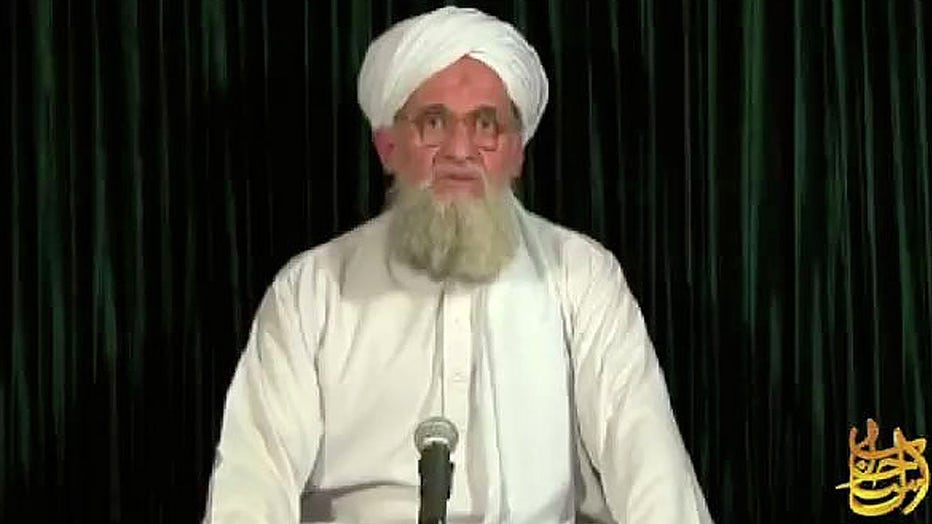 He also reshaped the organization from a centralized planner of terror attacks into the head of a franchise chain. He led the assembling of a network of autonomous branches around the region, including in Iraq, Saudi Arabia, North Africa, Somalia, Yemen and Asia. Over the next decade, al-Qaida inspired or had a direct hand in attacks in all those areas as well as Europe, Pakistan and Turkey, including the 2004 train bombings in Madrid and the 2005 transit bombings in London.

More recently, the al-Qaida affiliate in Yemen proved itself capable of plotting attacks against U.S. soil with an attempted 2009 bombing of an American passenger jet and an attempted package bomb the following year.

But even before bin Laden’s death, al-Zawahri was struggling to maintain al-Qaida’s relevance in a changing Middle East.

He tried with little success to coopt the wave of uprisings that spread across the Arab world starting in 2011, urging Islamic hard-liners to take over in the nations where leaders had fallen. But while Islamists gained prominence in many places, they have stark ideological differences with al-Qaida and reject its agenda and leadership.

Nevertheless, al-Zawahri tried to pose as the Arab Spring’s leader. America "is facing an Islamic nation that is in revolt, having risen from its lethargy to a renaissance of jihad," he said in a video eulogy to bin Laden, wearing a white robe and turban with an assault rifle leaning on a wall behind him.

Al-Zawahri was also a more divisive figure than his predecessor. Many militants described the soft-spoken bin Laden in adoring and almost spiritual terms.

In contrast, al-Zawahri was notoriously prickly and pedantic. He picked ideological fights with critics within the jihadi camp, wagging his finger scoldingly in his videos. Even some key figures in al-Qaida’s central leadership were put off, calling him overly controlling, secretive and divisive.

Some militants whose association with bin Laden predated al-Zawahri’s always saw him as an arrogant intruder.

"I have never taken orders from al-Zawahri," Fazul Abdullah Mohammed, one of the network’s top figures in East Africa until his 2011 death, sneered in a memoir posted on line in 2009. "We don’t take orders from anyone but our historical leadership."

There have been rumors of al-Zawahri’s death on and off for several years. But a video surfaced in April of the al-Qaida leader praising a Indian Muslim woman who had defied a ban on wearing a hijab, or headscarf. That footage was the first proof in months that he was still alive.

A statement from Afghanistan’s Taliban government confirmed the airstrike, but did not mention al-Zawahri or any other casualties.

It said it "strongly condemns this attack and calls it a clear violation of international principles and the Doha Agreement," the 2020 U.S. pact with the Taliban that led to the withdrawal of American forces.

"Such actions are a repetition of the failed experiences of the past 20 years and are against the interests of the United States of America, Afghanistan, and the region," the statement said.