HARTFORD, Conn. (AP) - President Joe Biden said Monday that although he expects his social safety net and climate spending package to shrink, "we're going to come back and get the rest" after it's passed, a seeming effort to assuage progressives worried their priorities may get cut in the negotiations.

"We're not going to get $3.5 trillion. We'll get less than that, but we're gonna get it. And we're going to come back and get the rest," he said during remarks at a child care center in Connecticut.

Democrats on Capitol Hill are working to reduce the sweeping package down to about $2 trillion in spending, which would be paid for with higher taxes on corporations and the wealthy. The proposal includes everything from free child care and community college to dental, vision and hearing aid benefits for seniors and a number of significant provisions meant to combat climate change, all key items for progressives, but moderates have balked at the original $3.5 trillion price tag. 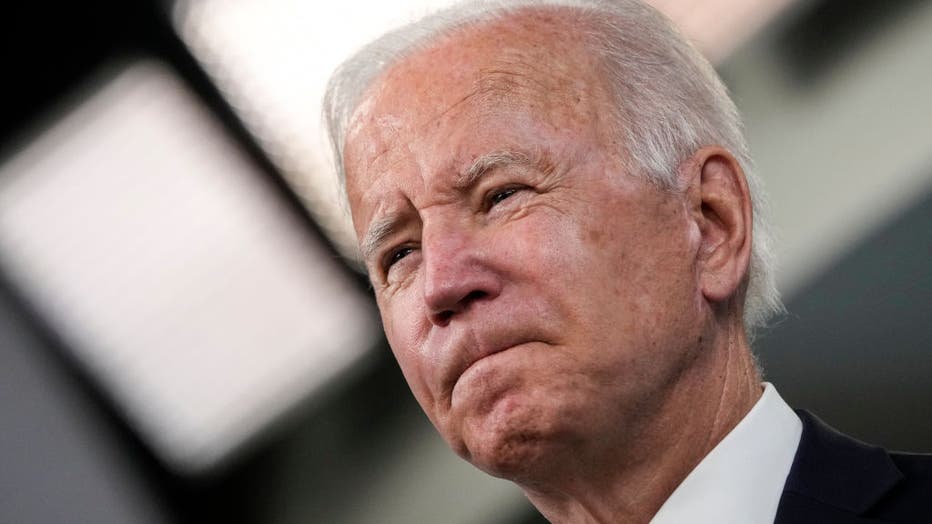 With slim margins in the House and an evenly-divided Senate, Democrats have no votes to spare on the bill. The whittling process has sparked concern from some progressives that their priorities could be left out of the bill.

But Biden has openly acknowledged the price tag will have to come down. On Friday, he visited a child development center in Hartford to speak about the need for investments in child care and other social safety net programs, arguing they're imperative to keep America competitive in the global economy.

At the center, Biden promoted his proposal to make such care free for lower-income families, and ensure that families making up to 150% of their state's median income pay less than 7% of their salaries on child care. It's part of a massive expansion of the social safety net that Biden has championed and is aiming to pass with just Democratic votes in Congress.

Biden went on to outline how his plan would reduce child care costs for Connecticut residents, and noted the disparity between U.S. spending on early child care versus greater investments in other countries, to argue that the lack of investment is causing the U.S. to fall behind.

"How can we compete in the world if millions of American parents, especially moms, can't be part of the workforce because they can't afford the cost of child care or eldercare?"

He briefly greeted some of the children at the center's playground before speaking, at one point kneeling down to give a child a hug.

The president's sales pitch comes as his Democratic allies have raised alarm that the American public does not understand the benefits of the package. There is renewed urgency among Democrats to push through the package ahead of an end-of-month deadline on transportation funding, Biden's upcoming foreign trip, and a closer-than-anticipated race for Virginia's next governor.

Talks between the White House and members of Congress continue, as they try to reach consensus both on the total spending level for the legislation and what particular programs should be included. Objections by centrist Sens. Joe Manchin and Kyrsten Sinema are forcing Democrats to shrink the package from Biden's proposed $3.5 trillion to closer to $2 trillion.

The fate of that legislation, branded "Build Back Better" by Biden, is also holding up a more than $1 trillion bipartisan infrastructure bill that passed the Senate this summer. House progressives are balking at supporting that bill until agreement is reached on a path forward on the social safety net package.

In an interview this week with The Associated Press, Terry McAuliffe, the Democratic candidate for Virginia governor, criticized Democrats and Biden over the stalled infrastructure package.

"They all got to get their act together and vote," McAuliffe said. Asked specifically if he was calling out Biden, McAuliffe said, "I put everybody there." McAuliffe is in a tight race with Republican newcomer Glenn Youngkin in a state Biden carried by 10 points just last fall.

Biden is also set to deliver remarks Friday at the dedication of the Dodd Center for Human Rights at the University of Connecticut, which is being renamed to honor a longtime friend, former Connecticut Sen. Chris Dodd, in addition to Dodd's father, who was also a former senator.