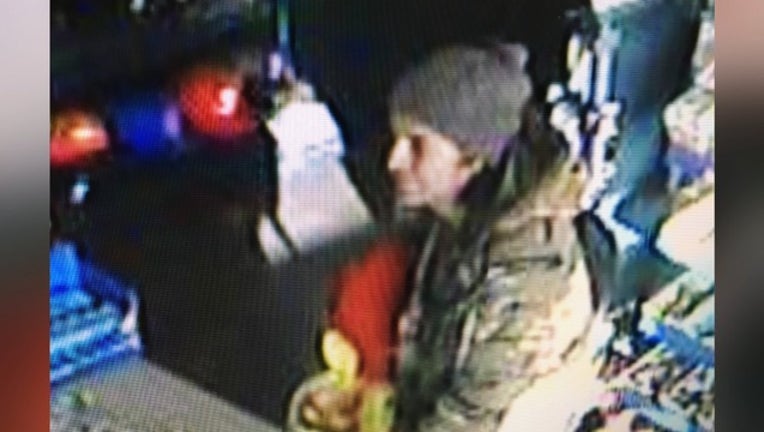 Man wanted to buy and gun and threated to shoot up a school at Big 5 store on El Camino Real in San Mateo on Friday, March23. Via surveillance video via San Mateo police

Officers took the man to a hospital for a mental health evaluation and threat assessment after he told police his statement was a joke and apologized.

Police are not releasing the man's name.

A customer at the Big 5 Sporting Goods store on South El Camino  Real called police around 5:50 p.m. Friday saying he overheard another customer tell an employee he wanted to purchase a firearm and shoot up a school, asking the clerk for a good shirt to wear.

The employee did not sell a gun to the man, according to police.

San Mateo police increased their presence at several schools this week after the threat.

There are more than 30 schools in the county and police had been in touch with most of them, according to police Sgt. Amanda Von Glahn.  Von Glahn said the threat was nonspecific and there was no immediate danger to schools, so they did not ask campuses to shelter in place
or go under lockdowns.

Von Glahn said the campuses could decide what they felt was appropriate. St. Gregory School, for example, instituted a voluntary shelter-in-place.