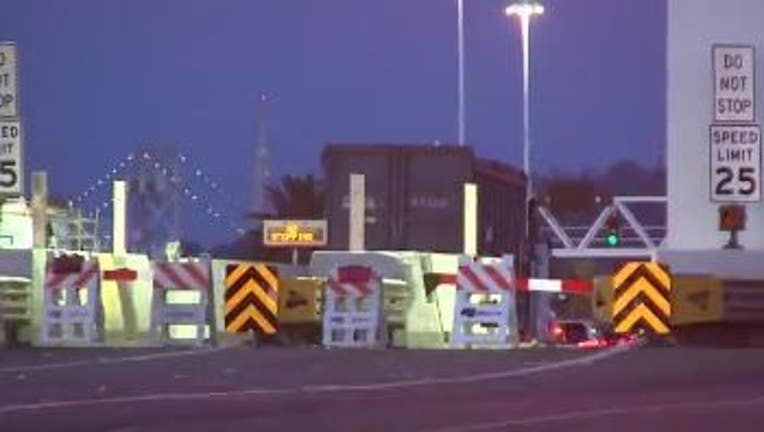 OAKLAND, Calif. - Repairs were underway at the Bay Bridge toll plaza in Oakland, where a big rig slammed into a toll booth on Sunday.

Fortunately, the booth was not occupied due to the switch to the electronic toll collection system at the bridge.

There was reportedly another accident involving a separate vehicle that hit debris from the big rig crash.

The CHP shut down lanes 12 and 13 as work crews cleared the roadway.

The crash happened right next to toll booth 14, where a booth worker was killed in 2017, in a crash involving a drunk driver.

Repairs were underway at the Bay Bridge toll plaza, after a big rig crash on Sunday night.