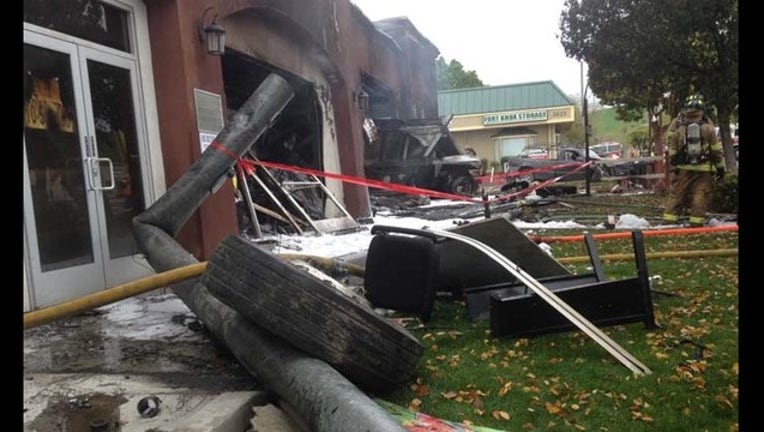 PITTSBURG, Calif. (KTVU and wires) -- A big-rig driver who died in a fiery crash into a Pittsburg restaurant Monday morning was identified Wednesday as a 52-year-old Richmond resident.

Ewell Levy died in his truck's cab after crashing into two other vehicles and then a Mexican restaurant in the 3800 block of Railroad Avenue shortly after 8:20 a.m., according to the Contra Costa County coroner's office.

The truck burst into flames after the crash, spreading to the building and growing to a two-alarm fire, according to Pittsburg police. Once firefighters controlled the blaze, Levy was found dead inside the truck.

Police suspected the truck had a mechanical failure as it was headed north on Railroad Avenue before crashing. The building Levy struck was unoccupied at the time of the crash.